China Electric Heat blanket exports 1.29 million a month: Why is Europe? Winter is forced to crazy

The northern hemisphere is autumn, and Europe with higher latitude has felt the coolness of autumn. In the case of limited natural gas supply and soaring price, Europeans have to seek other heating methods to cope with this year's cold winter, such as purchasing wood, such as purchasing coal. At the same time, a large number of Europeans have turned their attention to China, and one winter is relatively cold, but a large part of the place where there is no concentrated heating equipment & mdash; & mdash; various heating equipment produced in China has become their new choice.

Any ripples in the international trade market may be smelled keen capital. Recently, Rainbow Group, a listed company of the old small appliances, suddenly became popular. On September 22, the stock rose straight in the early trading of the stock and reappeared again. The harvest of the second continuous daily limit was closed. In fact, the Rainbow Group has increased by more than 40%in the past three months.

According to data from the China Household Appliances Association, in the context of 2022 most of the exports of domestic appliances to Europe, air conditioners, electric water heaters, electric heater, electric blankets, hair dryers and other categories increased against the trend. The amount of the amount was 1.99 billion US dollars, $ 130 million, $ 490 million, $ 33.4 million, and $ 160 million, of which the electric blanket was under 97%& ldquo;

According to the Securities Times, the data of the General Administration of Customs also confirmed the surge in demand for electric blankets in Europe. In January of this year, the number of Chinese electric blankets imported by 27 EU countries was 189,000, an increase of 521,000 in June, and in July, it rose to 1.29 million, an increase of nearly 150%month -on -month.

On September 13, the Rainbow Group interacted with the Shenzhen Stock Exchange: & ldquo; Currently, it is the European Energy Crisis. Electric blankets will have certain opportunities as energy -saving and environmentally friendly products. Since May, the company has obtained a lot of electric blanket export orders. & rdquo;

The background of China's heating equipment is to usher in the energy challenge faced by a new round of winter heating in Europe. Due to the high energy prices, the difficult bills forced consumers to find more energy -saving means, and some even reported that some European buyers began to accumulate firewood for winter heating as early as summer, which led to soaring firewood prices in Europe. 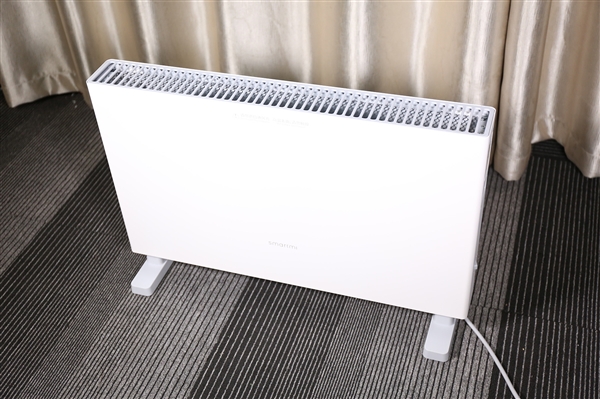 Related news
Semicon China: Huawei and Exxon bring semiconductor intelligent quality inspection and measurement solutions
$64.99: Microsoft launches new Xbox wireless handle with electric volt color matching
China Vows Full Carbon Neutralization for Beijing Winter Olympics
China Electric Heat blanket exports 1.29 million a month: Why is Europe? Winter is forced to crazy
Hot news this week
According to sources, SoftBank founder Masayoshi Son has not made a proposal to Samsung to invest in Arm
Brother sent a mobile phone to pay 200 yuan to pay the owner to the police: money is not scraped by the wind
China Confinement Association said on the rumor of Haitian soy sauce "dual standard": support enterprise rights protection
Mate 50 Kunlun version is in short supply! Huawei additional production capacity: October supply can improve
Apple iPhone 14 / Pro blessing, optical lens supplier Datu Guang's revenue in September 22 months new high
After a lapse of 28 years, the Chinese women's basketball team won the World Cup runner -up Li Meng's T -shirt on fire
IPhone6 officially "retired", its series sold 250 million units, second-hand purchase price is now as low as 100 yuan......
Apple responds to the iPhone accident monitoring cannot be triggered 100%: no minimum requirements are met
The revenue of Ruiyu, a major network chip manufacturer, was about 2.156 billion yuan in September, down 1.85 percent year on year
Meituan Wang Xing: Chinese auto companies will definitely win, "NIO, Huawei, ideal" will replace BBA to occupy the high-end market
The most popular news this week
Foxconn has announced that it will contract manufacture electric cars and build prototypes for INDIEV in Ohio
Latest ranking: Huawei first, ZTE fourth!
Ding Yun, vice chairman of the Huawei Supervisory Board, died of a sudden illness Huawei: He expressed deep condolences to his unfortunate death
European Union antitrust regulators have questioned Microsoft to see if it can compete fairly after buying Activision Blizzard
Today, I took a set of online signals to compare it ...
Xiaomi 13 series of news summary: a total of 3 model Snapdragon 8 Gen2 blessing
Musk wants to turn Twitter into wechat, but he may struggle to pull it off
Three o'clock before the Apple Officer who can hit the 20 % off. Before buying the machine
When playing games, I interact with my boyfriend too close: the girl after the 1 00 of foreign countries will hurt her sister
Wolf on mobile? Chinese copycat "The Phantom Wolf: Darkest Hour" hits shelves