Apple officially updated its list of obsolete products on October 1 to add the iPhone 6 model. As one of the best-selling iPhone models of all time, the iPhone 6 is officially out of the picture. 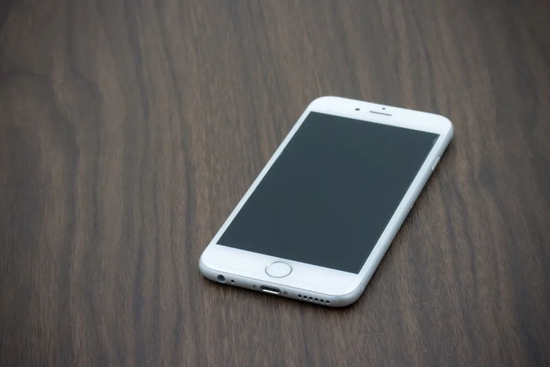 On October 1, upstream news reporters learned from multiple channels that there are still some second-hand iPhone 6 mobile phones in circulation in the acquisition market, the lowest price is only about 100 yuan.

Apple has updated its list of obsolete products to include the iPhone 6, more than five years after the device was discontinued, Xiaoxiang Morning Post reported. Apple's iPhone 6 Plus was added to the list back in February.

The iPhone 6 was released in September 2014 alongside the iPhone 6 Plus. Apple introduced a new Retina standard. The 4.7-inch iPhone 6 has a screen resolution of 1334 x 750 pixels, and the 5.5-inch iPhone 6 Plus has a screen resolution of 1920 x 1080 pixels, an increase of 38% and 185%, respectively. The body thickness is 6.9 mm and 7.1 mm, respectively, down from the 7.6 mm thickness of its predecessor. The iPhone 6 runs the iOS 8 operating system, and the Touch ID fingerprint recognition system is open to third-party payment software, and the NFC function of payment. In 2015, Apple sold the iPhone 6 as a cheaper version after releasing the iPhone 6S, then discontinued it in 2016 with the release of the iPhone 7.

Apple typically adds devices it stopped selling five years ago to its list of "obsolete products" that will no longer be available for repair. However, Apple's Apple Store and Apple Authorized service providers can provide repair services for up to two years after a device is classified as obsolete, depending on the availability of parts.

The iPhone 6 and iPhone 6 Plus arrived at Apple's fall event at the Flint Center for the Arts at D 'Ansa College in Cupertino, California, at 1am on September 10, 2014, according to JiemianNews. The iPhone 6 series is the first generation of iphones that Jobs did not design.

In 2019, Apple announced changes to its production line and officially discontinued its classic iPhone 6 model. In five years, the iPhone 6 series has sold 250 million units, no other model can match, so it is also called "a generation of magic machine".

Second-hand purchases can be as low as $100

According to Upriver News, "iPhone 6 phones are still being sold occasionally." On January 1, a mobile phone seller in a communication market in Dping, Chongqing, who declined to be named, told upstream news reporters that they have been engaged in the business of buying second-hand mobile phones. At present, they mainly buy iPhone 12 and iPhone 13 from the perspective of Apple series mobile phones. "The newer the product, the more popular it is, the more expensive it is."

The seller said that in terms of the distribution of models, the amount of old models below iPhone X is very small, but some iPhone 7, iPhone 8 and even iPhone 6 can be received sporadically. "The price of iPhone 6 is usually around 200 yuan. The specific price depends on the memory of the machine, wear and use of normal to determine. The cheapest iPhone 6 we've ever received is about 100 yuan."

A long - term concern about the second-hand mobile phone market of the mobile phone enthusiast Mr Yang, also confirmed the same information to reporters. "There are [deals] for the iPhone 6," he told reporters. "The price ranges from 100 to 300, but there are very few [people selling it] because it's such an old model and everyone who needs to replace it has already done so."

Reporters from the second-hand mobile phone trading platform to see, take a 16G memory of China All Netcom version iPhone 6 as an example, in the normal use, wear degree is general, the platform gives the evaluation of the purchase price of 137 yuan. In a second-hand goods online shopping platform, the reporter found that there are a large number of sales of iPhone 6 product links, the price is generally about 200 yuan.

Where will all those cheap iPhone 6s end up? Mr Yang says some of it will go to the sub-prime market, and much of it will probably be taken apart and the parts sorted and sold in bulk. A small number of good, functioning machines may be refurbished and resold, for example for children or the elderly.

"Re-sold machines can add tens of dollars each." The seller, who declined to be named, said not many people are retailing the used, refurbished and outdated models, and that some companies are buying them in bulk. "It's a good choice for doing virtual machines or running some single program task." It is reported that the price can be as cheap as 10-20 yuan more than the purchase price per unit. He added: "If you want to buy thousands of units, it is not a problem."

Related news
IPhone6 officially "retired", its series sold 250 million units, second-hand purchase price is now as low as 100 yuan......
Hot news this week
Sources say Penguin Random House's deal to buy Simon & Schuster has fallen through
Any chance of taking over the agency? Sources say Tencent has been in contact with Blizzard for at least a year
Blizzard's founder responded to NetEase's contract renewal: Cooperation is a two-way street, and we will do our best to make Blizzard games accessible to Chinese players
Ali suddenly released a new chip, the domestic chip breakthrough, abandoned the American chip fantasy
Better than Huawei or Apple? It is revealed that Samsung S23 uses satellite communication: can also space voice
Players recognized as the best of the year! The Old Man Ring won four awards at the 2022 Pension Rocker Awards
Today is the 18th anniversary of Blizzard's World of Warcraft: unfortunately, the national service will be discontinued in January
Chaozhou accident relatives do not recognize the third party identification! Why doesn't Tesla Provide Driving Data?
According to sources, TSMC replaced Samsung to win a large order of Tesla's assist driving FSD chip, based on the 4/5nm process
Jinshanyun reported revenue of 1.97 billion yuan in the third quarter, down 18.4 percent year on year
The most popular news this week
For the first time, China surpassed the United States and was recognized as the world's largest in the number of valid patents
SoftBank has developed technology to use drones to detect mobile phone signals from people buried in disasters
Tencent Holdings: Purchased 1.29 million shares today at a cost of HK $351 million
Saudi player dispels rumours of winning after being awarded Rolls-Royce Phantom: No matter
The super flagship endorsed by Wu Jing hits the shelves: almost all the front screens will be released next week
Huawei Watch Buds: two-in-one design of watch earbuds
No wonder people still don't buy TV when the price is down
Qualcomm developed PC processor behind: ARM toothpaste kiss son architecture is not good
Flavor is "technology and hard work"? Don't worry about it!
Tesla's new car will be returned after being bought three times in three days