Oct 7 - Foxconn, which does most of its business making technology products for third-party companies, appears to be planning to apply the same model to its new carmaking business.

Foxconn has now announced an agreement with Los Angeles-based electric vehicle startup INDIEV (founded in 2017) to build a prototype for its first production car at its recently acquired plant in Ohio (formerly General Motors' Lordstown facility). 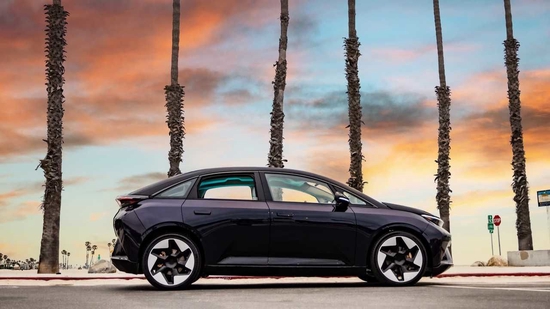 The two companies have formally signed a memorandum of understanding to build a vehicle called "Indi One" in Ohio (announced in October 2021), and the partnership will likely also extend to future models and actual full-scale production. The agreement only involves the manufacture of prototypes needed for testing, not mass production of finished models.

The Indi One prototype, equipped with a large 95-kilowatt-hour battery pack, is expected to have a range of 275 miles (442 kilometers) and accelerate to 60 miles in 5.5 seconds, according to public documents. IT House has learned that IT is targeting a proposed price of about $45,000 for the Tesla Model 3.

"Our memorandum of understanding with INDIEV marks the beginning of more discussions about the future of electric vehicle manufacturing in Ohio," said Jerry Hsiao, Foxconn's chief product officer. Throughout this process, Foxconn has had confidence in its Ohio employees to build high-quality prototypes that will help INDIEV succeed in the future.

Related news
Foxconn cooperates with Fiat Chrysler to develop electric vehicles for China
Maybe we'll see the apple car in nine months
Pave the way for Apple auto OEM? Foxconn plans to launch its first electric car this year
$64.99: Microsoft launches new Xbox wireless handle with electric volt color matching
Foxconn is playing it safe: electronics revenues will fall and it is buying old GM plants to make cars
Shenzhen Passes Law to Allow Autonomous Cars on City Roads
Foxconn has announced that it will contract manufacture electric cars and build prototypes for INDIEV in Ohio
Foxconn CEO Says He won't sell electric cars in Hopes of working for Musk
Hot news this week
Sources say Penguin Random House's deal to buy Simon & Schuster has fallen through
Any chance of taking over the agency? Sources say Tencent has been in contact with Blizzard for at least a year
Blizzard's founder responded to NetEase's contract renewal: Cooperation is a two-way street, and we will do our best to make Blizzard games accessible to Chinese players
Ali suddenly released a new chip, the domestic chip breakthrough, abandoned the American chip fantasy
Better than Huawei or Apple? It is revealed that Samsung S23 uses satellite communication: can also space voice
Players recognized as the best of the year! The Old Man Ring won four awards at the 2022 Pension Rocker Awards
Chaozhou accident relatives do not recognize the third party identification! Why doesn't Tesla Provide Driving Data?
Today is the 18th anniversary of Blizzard's World of Warcraft: unfortunately, the national service will be discontinued in January
According to sources, TSMC replaced Samsung to win a large order of Tesla's assist driving FSD chip, based on the 4/5nm process
Jinshanyun reported revenue of 1.97 billion yuan in the third quarter, down 18.4 percent year on year
The most popular news this week
For the first time, China surpassed the United States and was recognized as the world's largest in the number of valid patents
SoftBank has developed technology to use drones to detect mobile phone signals from people buried in disasters
Tencent Holdings: Purchased 1.29 million shares today at a cost of HK $351 million
Saudi player dispels rumours of winning after being awarded Rolls-Royce Phantom: No matter
The super flagship endorsed by Wu Jing hits the shelves: almost all the front screens will be released next week
Huawei Watch Buds: two-in-one design of watch earbuds
No wonder people still don't buy TV when the price is down
Qualcomm developed PC processor behind: ARM toothpaste kiss son architecture is not good
Flavor is "technology and hard work"? Don't worry about it!
Tesla's new car will be returned after being bought three times in three days