Last month, the whistleblower. OnLeaks  Released & have spent A rendering of the Galaxy S23 Ultra. Nearly a month later, he made a new version of the rendering based on the latest information available so far, mainly in the body frame changes. 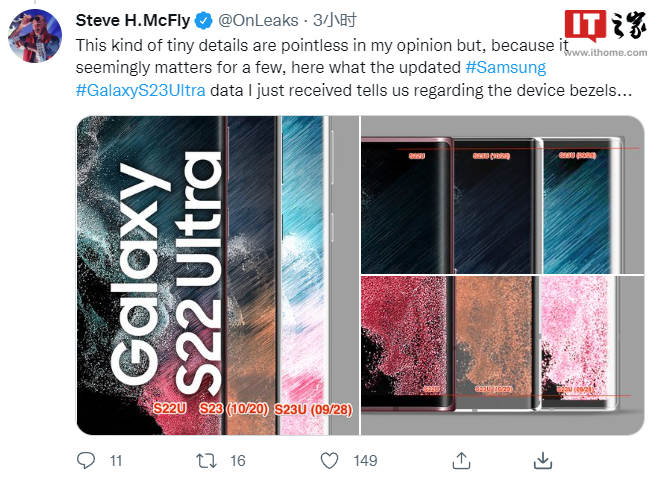 As you can see, the new rendering has a wider bezel, which is only slightly narrower than the Galaxy S22 Ultra, and not as much narrower as previously revealed. 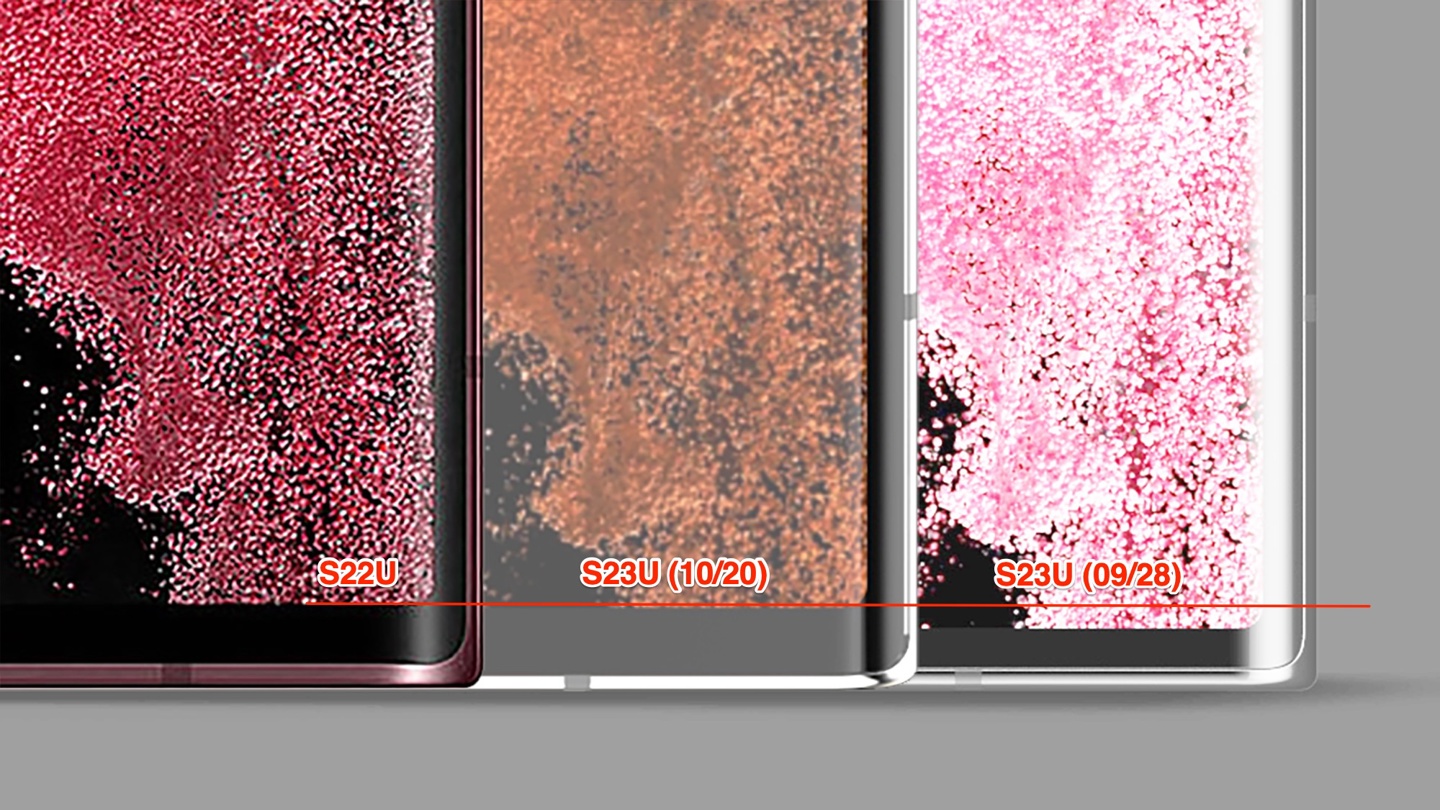 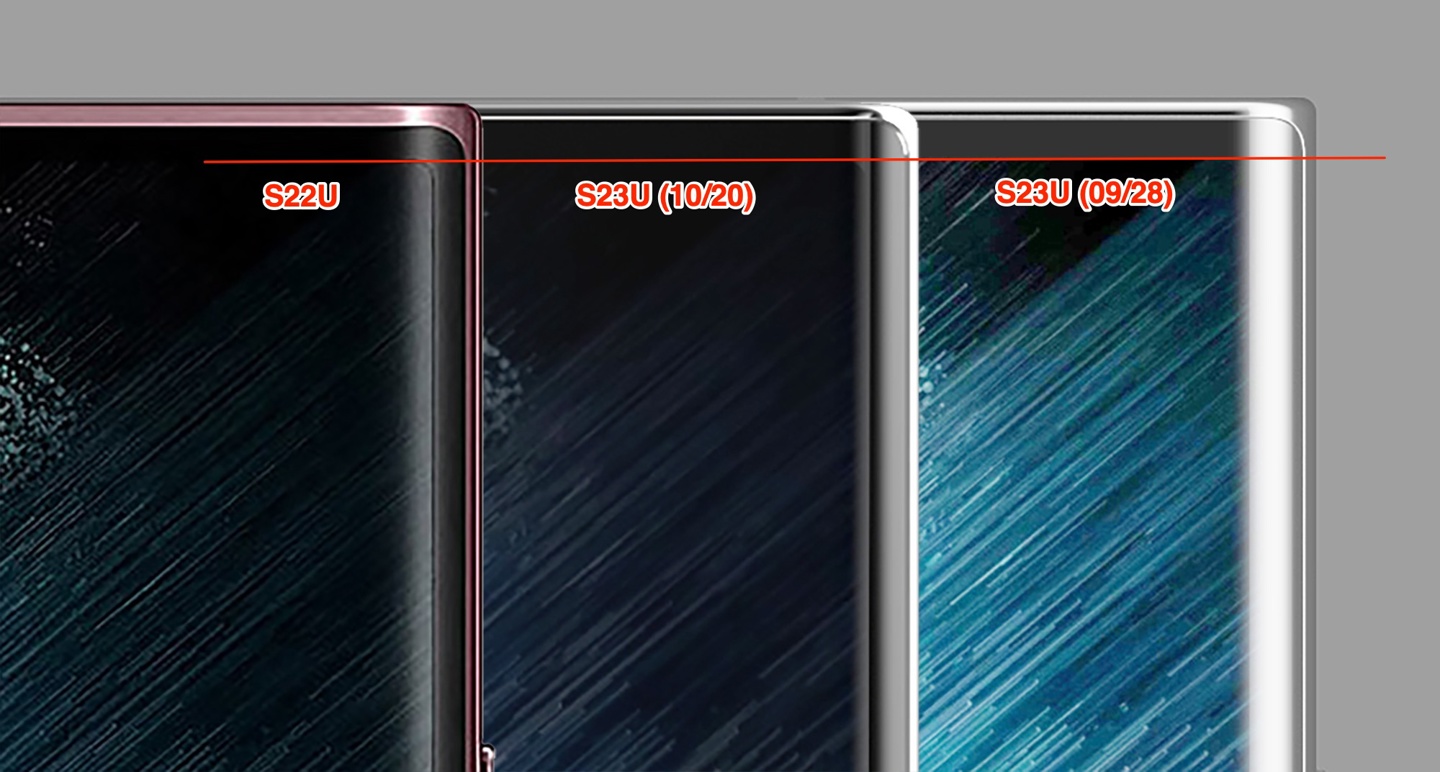 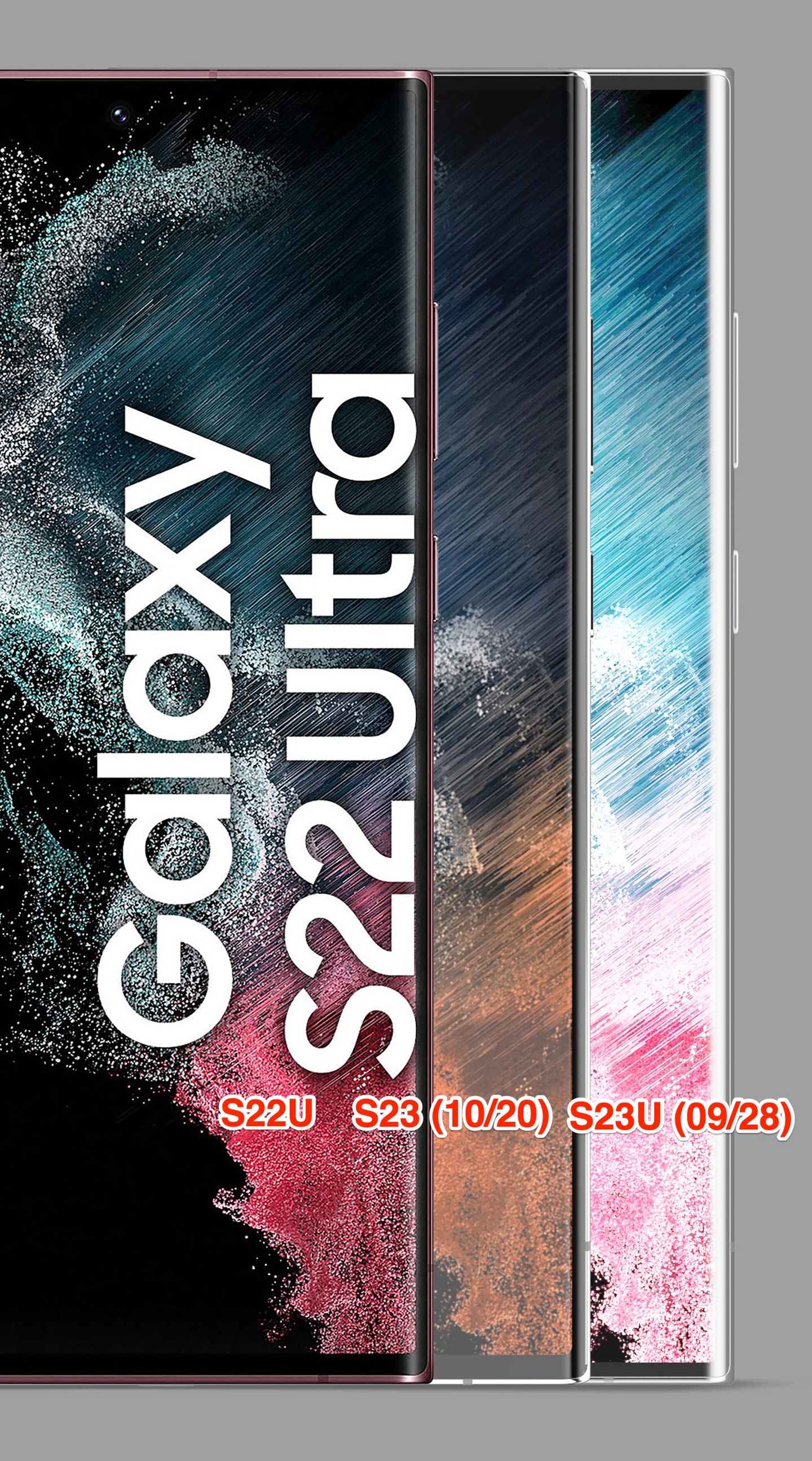 Previous Revelations revealed that the Samsung Galaxy S23 Ultra looks little different from its predecessor, with a similar design. With a 6.8-inch curved screen, it measures 163.4 x 78.1 x 8.8mm, slightly wider than the 163.3 x 77.9 x 8.9mm of the Samsung Galaxy S22 Ultra.

Blogger & have spent As previously revealed by Ice Universe, the biggest change to the Samsung Galaxy S23 Ultra is the increased width of the center frame, which will reduce the curved part of the screen. It will be closer to the microcurved screen, which will match the new rendering.

IT Home has learned that the Samsung Galaxy S23 Ultra has previously been 3C certified by the Ministry of Industry and Information Technology and is equipped with model   EP-TA800 charger supports up to 25W output. It is expected to be powered by a Qualcomm Snapdragon 8 Gen 2 processor with a 200-megapixel main camera.

Related news
Snapdragon 8 Gen2+ 200 million pixels! The Samsung Galaxy S23 Ultra has been exposed
Sources say the Samsung Galaxy S23 Ultra will continue to use a 10MP periscopal telephoto lens
Simplified design: Galaxy S23 Ultra change will be the smallest in the history of Samsung
Samsung Galaxy S23 Ultra Shape disclosure: Camera arrangement similar to previous models
Xiaomi 12S Ultra leads Samsung Generation! Galaxy S23 Ultra Master Camera exposure
Same screen size as the iP14! Samsung S23 case revealed
Heavier than Huawei's Mate 50 Porsche, Samsung's S23 Ultra weighs as much as an iP
New render of Samsung Galaxy S23 Ultra exposed, border details changed
The Samsung Galaxy S23, which has a low yield of 4nm wafers, will be fully powered by Qualcomm processors
Samsung Galaxy S23 series also need to use satellite communication! Not as good as Huawei
Hot news this week
With the NIL technology, Canon wants to provide China with a lithography machine comparable to the EUV
Genius hacker Geohot promised Musk 12 weeks to fix Twitter search, but posted for help because he wouldn't react
Google's parent company is planning to cut tens of thousands of jobs
The Long March 9 is basically confirmed: the low-orbit carrying capacity of 150 tons can carry the entire space station into space
A small plane in the US has crashed into a 30-metre high voltage power line and got stuck: 80,000 people affected
Can recording others' wechat chat records be used as evidence? The Beijing Internet Court has an answer
Alibaba launched a new cross-border e-commerce platform in Spain, aiming to operate independently in the middle and high-end market
Google is concerned that Microsoft's acquisition of Activision Blizzard will affect the ChromeOS experience
The second generation Snapdragon 8 flagship! Mi 13 toughened film appeared: four sides and other narrow screen accounted for a stable ratio
A Tesla crashed into two cars in Taizhou, Zhejiang province, killing two and injuring one, police said
The most popular news this week
The most controversial generation of Windows: Vista turns 16!
Apple lost $56.1 billion on Black Friday! Production of the iPhone 14 is expected to drop by nearly 10 million units
Chinese storage stands up: SSD forced overtaking! World giants like Samsung lag behind
QQ membership via SMS has become a thing of the past: Tencent officials said the relevant business functions have been offline
Two men ransacked an Apple store and made off with more than 200,000 products: a textbook move by the employees
South Korea 2-1 Portugal repeat Asian miracle: Lei Jun with Xiaomi 13 thumbs up
The standard version is unbeatable and sells for 3,999 yuan for Mi fans
Two new Huawei devices are ready to launch: one is more creative
For the first time ever! NVIDIA graphics card to play the game flash screen must refresh the BIOS
Samsung Galaxy Z Flip5 exposure: Larger screen, fewer creases