Nvidia came with the ultimate nuclear bomb, the RTX 4090, and AMD immediately followed suit with a price war,Let netizens shout AMD YES.AMD is finally bringing its flagship graphics cards, the RX 7900 XTX and the RX 7900 XT, which are officially priced at $999 and $899.

First of all, let's take a look at the parameters. The overall configuration of the RX 7000 series graphics card with RDNA 3 architecture is not much different from the previous Revelations. It still uses the TSMC 5nm chip, with 1 main graphics computing module and 6 memory cache modules.

Not only that,AMD has made many underlying changes to the RDNA 3 architecture, including cramping in more computing units and more shaders. 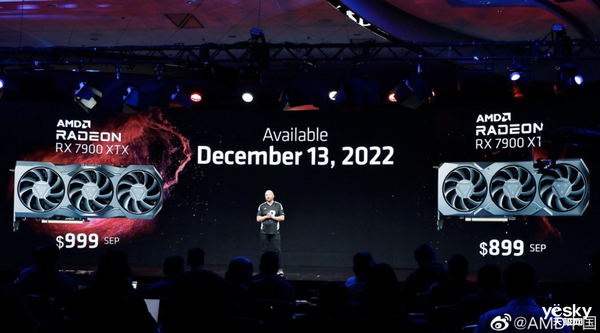 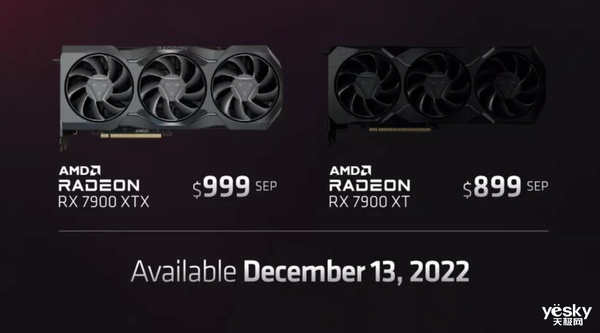 This time, AMD has two versions of Navi 31 GPU, the higher specification is RX 7900 XTX, which is equipped with a complete graphics computing module and 6 MCDS, while RX 7900 XT is also fully equipped with computing units, but only 84 out of 96 and 5 MCDS are enabled.

AMD is physically shielding all six cores, which means players can't turn them on to improve performance, since they don't have 4GB of DDR6 memory to spare.

At present, AMD has also announced the price of RX 7900 XT and RX 7900 XTX version in China, which are 7399 yuan and 7999 yuan respectively.Price out, many domestic users are crazy for it. 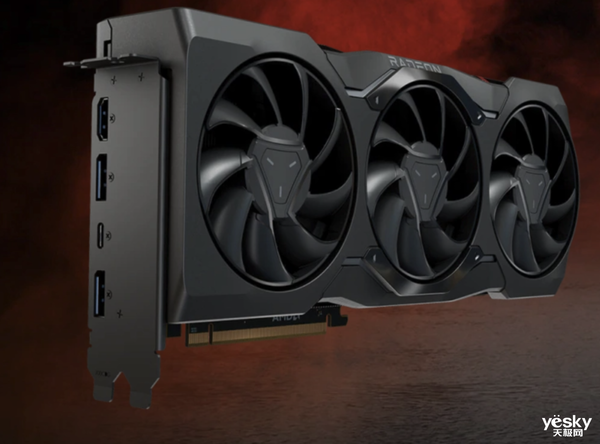 What's more, the RX 7900 XTX did not lose much performance to the RTX 4090, so the old Huang can be uncomfortable.

But the biggest surprise is not the RX 7900 XTX, but the slightly weaker RX 7900 XT, which has lower power consumption, more video memory, and higher bandwidth compared to the RTX 4080.

Now it's Nvidia's turn to panic, and to clear inventory of 30-series graphics cards, it's playing itself out.

It's no wonder that Nvidia withdrew the RTX 4080 12GB after AMD finally regained its ground in the graphics space after being beaten by Intel on the processor front. 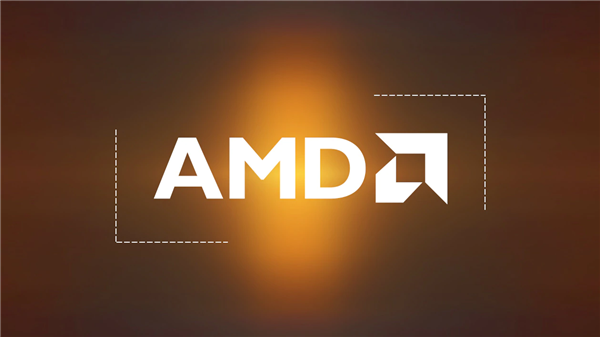 Related news
Surprise officer sends multiple surprises to associate amd yes family beyond expectation!
Can mobile SOC's strongest disruptor join AMD and continue yes on the mobile terminal?
YES! picture glory, AMD china headquarters building across the sky :7 nm sharp dragon version MagicBook is coming?
YES！ Amd sharp dragon opens its supply
AMD Yes！ A new generation of genuine fragrant card RX 6800 XT
Amd vs. NVIDIA push professional mine card player: Yes is over
I changed a tube of toothpaste this year?! I think Intel is going to be yes
AMD Yes! Huawei all-in-one machine with the highest screen ratio in the world on sale: 11999 yuan
AMD Yes cool down! Intel retakes x86 processor market: 12 Generation Core too strong
One article to understand AMD's new flagship graphics card! Netizens call "AMD Yes"
Hot news this week
The first in the world! Intelligent screening system for visual impairment of infants and young children
World's first: Sun Yat-sen University has developed a mobile phone intelligent screening system for infants with visual impairment
Sources said Samsung Electronics is considering cutting chip production in the first quarter or a huge loss
The source code of the official website shows that the Microsoft Build 2023 developer Conference will be held on May 23-25.
The rendered picture of Meizu experience Center is exposed: there are cars and mobile phones to build 1000 stores.
At least 29000 facilities were affected, and WeiUnicom announced that there were serious loopholes in QTS and QuTS hero.
256G is not enough! Bloggers bought Xiaomi phone 512G has used up more than 300G: WeChat accounted for 70G
Regret that the medicine is gone! Apple closes downgrade channels for multiple versions such as iOS on 16-15-12.
Xiaomi tablet 6 key specifications steal run: high brush domestic screen Snapdragon 870 can also play!
Musk, the richest man in the world, also suffered a huge loss when he bought bitcoin by Tesla, who "cut leeks".
The most popular news this week
Microsoft's new version of Bing appears briefly: full access to ChatGPT
Bill Gates: the history of ChatGPT is as significant as "PC or the birth of the Internet"
The "iPhone 14" Letv mobile phone Y1 Pro+ sold for only 499 yuan becomes JD.com TOP3.
Man QQ Music lost 1.32 million in playing games in the studio: he was fooled by the anchor!
Intel China special edition Xinshen U suddenly went on sale: 1599 yuan cost-effective
The price of ZTE flagship endorsed by Wu Jing has been reduced! The overall screen impression is better than Apple Smart Island.
Meizu 20 Series supports UWB Ultra Wideband Technology through Radio approval
Huawei P60 series will debut in March: Snapdragon 8+ has a larger aperture than the iPhone 14 Pro Max
China suddenly announces new developments in 6G, and there is little hope that the United States will surpass 6G technology.
Dell said it was laying off 5 percent of its workforce, affecting about 6,650 jobs