Blizzard is said to have "asked NetEase to work for free", sources said that the relevant report is not true 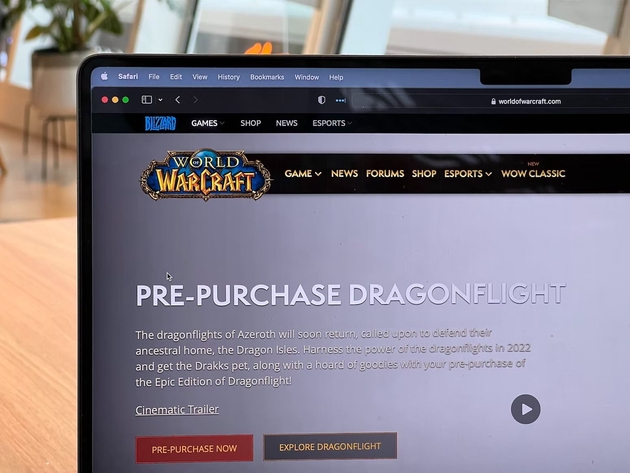 Activision Blizzard said in a statement on its website on Nov. 16 that it will suspend most of its Blizzard game services in mainland China due to the expiration of the current licensing agreement between its subsidiary Blizzard Entertainment and NetEase on Jan. 23, 2023. Activision Blizzard said the two sides did not reach a renewal agreement consistent with Blizzard's operating principles and commitments to its players and employees.

Activision Blizzard and NetEase "break up" news, that is, in the capital market caused a stir. On November 17, Beijing time, NetEase's share price continued to fall after the opening, by the end of trading in Hong Kong, down more than 9.05%.

In addition, speculation about the reasons for the termination of the two sides is still fermenting in the public opinion field. According to media reports, Blizzard proposed a high price for the contract extension, and quoted a NetEase source as saying that Blizzard "requires NetEase to work for free".

According to the above sources, Blizzard's terms for NetEase's renewal include: a further increase of Blizzard's share of revenue and net profit over 50% of the 2019-2022 contract period; Blizzard's game pricing will be synchronized globally, which is about 20% lower than the rest of the world. In addition, Blizzard has asked NetEase to develop other Blizzard IP mobile games for global distribution in the Diablo: Immortal model, but NetEase will only enjoy a share of the revenue in China.

In response to the report, a person close to Blizzard China told Jiemian News that it is not true to say that "NetEase is required to work for free", and the three points mentioned in the report are obviously not true: Blizzard did not make a big offer on the share, requiring a further increase in the share ratio; In terms of game pricing, Blizzard has not asked NetEase to implement the global synchronization strategy, that is, to raise prices in China.

Blizzard also asked NetEase to follow Diablo: The source told JiemianNews that it was not clear what the meaning of the statement was. Blizzard did cooperate with NetEase to develop a mobile game based on Blizzard's game IP before, but the game was canceled internally due to quality problems, and there was no discussion of sharing.

The cooperation between Blizzard Entertainment and NetEase began in 2008. In August of that year, Blizzard and NetEase signed a three-year cooperation agreement on games such as StarCraft II, Warcraft III: Frozen Throne and Warcraft III: Reign of Chaos. In 2009, NetEase acquired Blizzard's popular product World of Warcraft for three years. In a filing with the Securities and Exchange Commission, NetEase disclosed that it would pay a fee of no less than $301.5m for both agreements.

In the third quarter financial report, Activision Blizzard mentioned that the game agency agreement is about to expire, and NetEase is discussing renewal, and said that "ultimately may not be able to reach a mutually satisfactory result." The games covered by the agreement represent nearly 3% of Activision Blizzard's consolidated 2021 net revenue, or $264 million based on the company's total 2021 revenue of $8.8 billion.

NetEase also disclosed the contribution of Blizzard Games to its revenue and profit in its financial results today: In 2021 and 2022, the net revenue and net profit contribution percentage of the first nine months of agency Blizzard Games were both in the low single digits. NetEase added that the expiration of the license will not have a material impact on NetEase's financial results and that the co-development and distribution of Diablo: Immortal will be covered by a separate long-term agreement.

Related news
GitHub Trending has long been “hidden” by Chinese developers. Foreign developers SAY NO
'Blizzard wants NetEase to work for nothing,' says source
After Blizzard officially issued a "letter of separation" to NetEase, who will be the next agent?
Blizzard, NetEase break up! "Sky-high" contract extension conditions exposed: want to let NetEase to work for nothing
Warcraft and other games will be suspended from NetEase Ding Lei: Some terms are unacceptable to Blizzard
NetEase CEO Ding Lei: The negotiation with Activision Blizzard is far more difficult than expected, and the key terms are unacceptable
Blizzard is said to have "asked NetEase to work for free", sources said that the relevant report is not true
NetEase published a letter to Blizzard players: "We have tried our best to negotiate without success, and hope Blizzard's departure is only temporary.
Hot news this week
Sources say Penguin Random House's deal to buy Simon & Schuster has fallen through
Any chance of taking over the agency? Sources say Tencent has been in contact with Blizzard for at least a year
Blizzard's founder responded to NetEase's contract renewal: Cooperation is a two-way street, and we will do our best to make Blizzard games accessible to Chinese players
Ali suddenly released a new chip, the domestic chip breakthrough, abandoned the American chip fantasy
Better than Huawei or Apple? It is revealed that Samsung S23 uses satellite communication: can also space voice
Players recognized as the best of the year! The Old Man Ring won four awards at the 2022 Pension Rocker Awards
Chaozhou accident relatives do not recognize the third party identification! Why doesn't Tesla Provide Driving Data?
Today is the 18th anniversary of Blizzard's World of Warcraft: unfortunately, the national service will be discontinued in January
According to sources, TSMC replaced Samsung to win a large order of Tesla's assist driving FSD chip, based on the 4/5nm process
Jinshanyun reported revenue of 1.97 billion yuan in the third quarter, down 18.4 percent year on year
The most popular news this week
For the first time, China surpassed the United States and was recognized as the world's largest in the number of valid patents
SoftBank has developed technology to use drones to detect mobile phone signals from people buried in disasters
Tencent Holdings: Purchased 1.29 million shares today at a cost of HK $351 million
Saudi player dispels rumours of winning after being awarded Rolls-Royce Phantom: No matter
The super flagship endorsed by Wu Jing hits the shelves: almost all the front screens will be released next week
Huawei Watch Buds: two-in-one design of watch earbuds
No wonder people still don't buy TV when the price is down
Qualcomm developed PC processor behind: ARM toothpaste kiss son architecture is not good
Flavor is "technology and hard work"? Don't worry about it!
Tesla's new car will be returned after being bought three times in three days