Previously, Blizzard announced that its current license agreement with NetEase will expire on January 23, 2023, at which time Blizzard will suspend most of its Blizzard game services in mainland China.NetEase, Blizzard “ Eg. Break up. After that, Blizzard Games were temporarily disconnected from the Chinese market,This affects not just tens of millions of players, but a large number of practitioners. 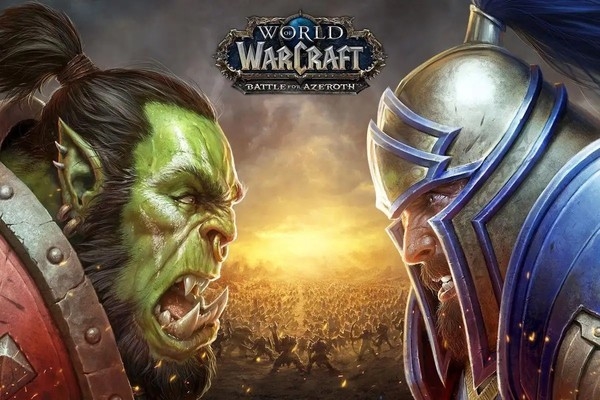 On November 21st,Hearthstone anchor @lalalalalanot a dog posted about seeing Blizzard employees' moments and tears in her eyes.

The reason is that on the evening of November 20, Bilibili Agency certified as Shanghai Wangzhiyi Network Technology Development Co., LTD. Blizzard Games Channel ” The account posted one. Those who believe in meeting can always meet again. Blizzard game activities review video, which recorded NetEase and Blizzard from 2008 since the cooperation bit by bit.

Later, many Blizzard employees in China reposted the video on their wechat moments.

One employee said on moments,“ Stand on the last watch, help you dress up and go...... I believe we will meet again! ”“ We always say goodbye to some people, and then meet some people, the river of time into the current, the next goodbye do not know when. ” 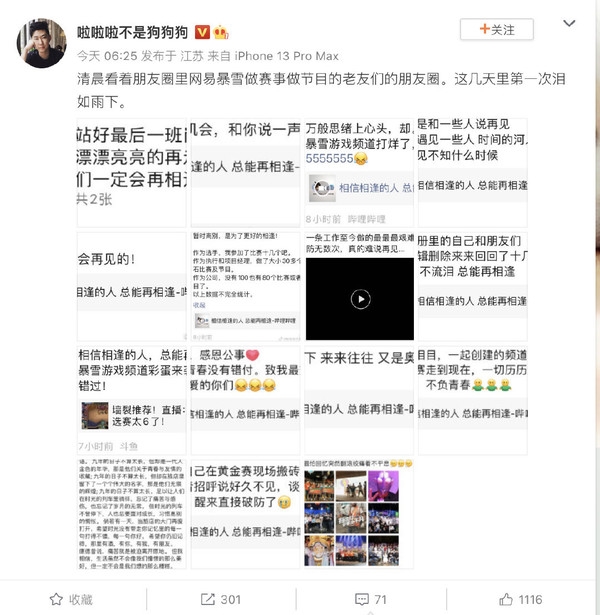 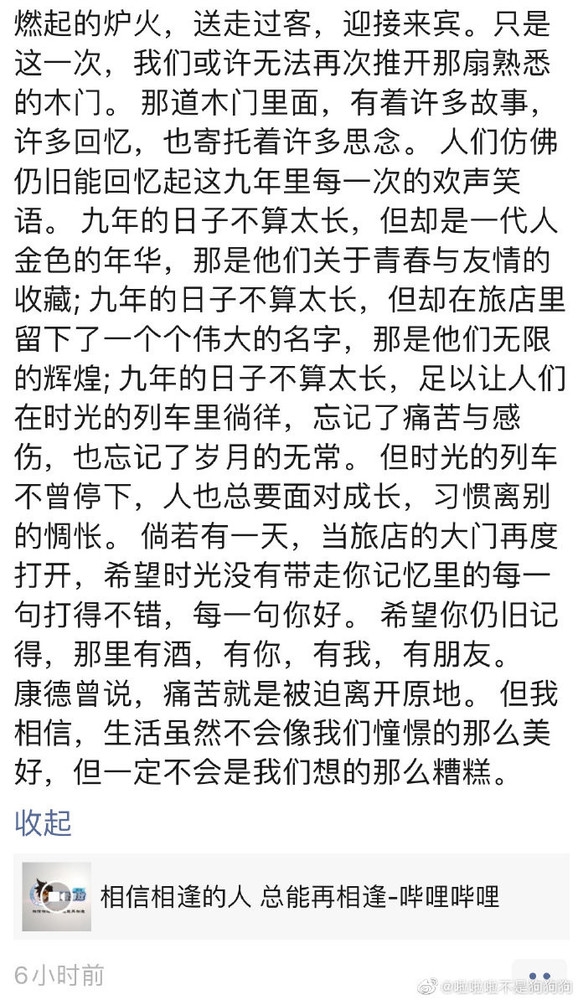 In the comment section of Blizzard China official blog, it is another story. The scenery. . Quite a few comments: “ Get your money back! ” “ Thank you for your company, and then I wish Blizzard an early failure. ”

Related news
The English name of Chinese liquor has been changed: Chinese Baijiu has been officially launched
The past of Yuncun: the "pre Ding Lei era" of Netease cloud music
+27784151398 how to control my friends mumbai UK
Tesla's Chinese Rivals See Record Monthly Delivery on Further Recovery from Covid
Who has been affected by the end of NetEase Blizzard's 14-year cooperation?
After breaking up with NetEase, Blizzard's Chinese employees' circle of friends "scar literature" makes people cry
NetEase extended half a year cooperation failure insider exposure: break up wrong Blizzard?
Blizzard China Localization Chief Calls Out: Wants to Stop Hurting Employees
Hot news this week
The first in the world! Intelligent screening system for visual impairment of infants and young children
World's first: Sun Yat-sen University has developed a mobile phone intelligent screening system for infants with visual impairment
Sources said Samsung Electronics is considering cutting chip production in the first quarter or a huge loss
The source code of the official website shows that the Microsoft Build 2023 developer Conference will be held on May 23-25.
The rendered picture of Meizu experience Center is exposed: there are cars and mobile phones to build 1000 stores.
At least 29000 facilities were affected, and WeiUnicom announced that there were serious loopholes in QTS and QuTS hero.
256G is not enough! Bloggers bought Xiaomi phone 512G has used up more than 300G: WeChat accounted for 70G
Regret that the medicine is gone! Apple closes downgrade channels for multiple versions such as iOS on 16-15-12.
Xiaomi tablet 6 key specifications steal run: high brush domestic screen Snapdragon 870 can also play!
Musk, the richest man in the world, also suffered a huge loss when he bought bitcoin by Tesla, who "cut leeks".
The most popular news this week
Microsoft's new version of Bing appears briefly: full access to ChatGPT
Bill Gates: the history of ChatGPT is as significant as "PC or the birth of the Internet"
The "iPhone 14" Letv mobile phone Y1 Pro+ sold for only 499 yuan becomes JD.com TOP3.
Man QQ Music lost 1.32 million in playing games in the studio: he was fooled by the anchor!
Intel China special edition Xinshen U suddenly went on sale: 1599 yuan cost-effective
The price of ZTE flagship endorsed by Wu Jing has been reduced! The overall screen impression is better than Apple Smart Island.
Meizu 20 Series supports UWB Ultra Wideband Technology through Radio approval
Huawei P60 series will debut in March: Snapdragon 8+ has a larger aperture than the iPhone 14 Pro Max
China suddenly announces new developments in 6G, and there is little hope that the United States will surpass 6G technology.
Dell said it was laying off 5 percent of its workforce, affecting about 6,650 jobs