Xiaomi Q3 has not returned to the normal growth track. Wang Xiang: The idea of high-end strategic quick wins is incorrect

Xiaomi failed to return to normal growth in the third quarter, and 2022 is likely to be another critical year for the company.

In terms of the revenue pillar smartphone business, after the launch of the Mi 12 at the end of last year and the 12S series this year, user feedback on social platforms and e-commerce platforms shows that the reputation of Mi phones has a general trend of recovery compared with the Mi 11 series. However, in the domestic smartphone market, this still failed to help Xiaomi back.

Xiaomi ranked fifth in the domestic market by sales in the third quarter of 2022, with its market share falling slightly to 13 percent from 14 percent in the same period last year, while shipments fell 18.6 percent year on year, according to Counterpoint. The contraction of the market is the trend of the current economic situation. Among the top five vendors, vivo and OPPO, the top two, both saw their shipments decline by 24.1 percent year-on-year, while Honor and Apple bucked the trend, rising 2.5 percent and 6.8 percent respectively. 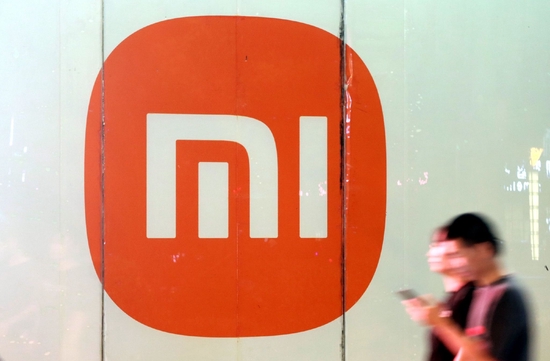 In fact, supply chain disruptions in the smartphone industry have eased considerably this year, but the domestic smartphone industry is still negatively affected by weak consumer demand. Archie Zhang, a research analyst at Counterpoint, told Jiemian.com that the main reason behind this is still the slowdown in economic activity due to the epidemic prevention and control.

From the perspective of Xiaomi, although the level of its high-end series of products is improving, but Honor, OV and other friends have not relaxed. Especially after its independence, Honor quickly grabbed the market with the brand potential energy and research and development capability accumulated by Huawei, while OPPO and vivo were firmly in the top two with their solid offline layout base. Since 2020, Xiaomi has also made great efforts in offline channels, but the reality shows that it has not made up enough lessons in the offline market.

What's more, Xiaomi still has a long way to go to achieve its true premium strategy. So far this year, most handset makers have focused on addressing the legacy of high inventory. Wang Xiang, president of Xiaomi Group, said at the earnings conference that Xiaomi's inventory has been significantly released after a major boost such as Nov 11, with the inventory level dropping 9% year-on-year and quarter-on-quarter in the third quarter. As a result, Xiaomi's smartphone ASP (average selling price per unit) fell to 1,058.2 yuan in the third quarter from 1,090.5 yuan in the same period last year.

Archie Zhang also said he has seen signs of a rebound in Xiaomi's reputation, but he believes it will take time for this to translate into sales.

"The idea of quick success as a high-end brand is not correct," Wang Xiang told Jiemian News at the earnings conference, referring to the lack of positive word-of-mouth effect on sales. Wang Xiang believes that in addition to mobile phone parameters, Xiaomi is also concerned about user experience and reputation, and it is under this understanding that the Mi 12 and 12S series was created.

At the same time, Wang Xiang said Xiaomi still has a lot of room to compete in the overseas high-end market, despite the current uncertainties and Xiaomi's strategic determination is very strong. "No matter what happens, we will steadily advance (the strategy), focusing not only on volume but also on profitability." "Wang Xiang said.

It should be noted that Xiaomi may need to focus more on India. It used to be a good place for Xiaomi overseas, but now the competition has become fierce. In addition to Samsung gaining market share, OPPO, which includes OnePlus and realme, is also showing strong growth in India.

In this regard, Wang Xiang said that the competition in the Indian market has been fierce, but on the other hand, the market downturn, Xiaomi has not avoided the impact, "in the current uncertain economic situation, Xiaomi will pay more attention to the quality of operations in India." 'he said.

Archie Zhang pointed out that from the macro level, high inflation, economic crisis in emerging countries and geopolitics are still important factors affecting the global economic environment, and compared with developed countries, these factors have a more obvious impact on developing countries, which happens to be the main layout field of Xiaomi's overseas battlefield. He thinks handset makers will be cautious about entering new markets in the future, taking a safe position to protect their strengths first.

Under the positive influence of the continuous expansion of the global user scale, in the Q3 of 2022, the revenue of Xiaomi's overseas Internet business was 1.7 billion yuan, with a year-on-year growth of 17.2%. The proportion of Xiaomi's overall Internet service revenue increased for six consecutive quarters and reached a record high of 24.2% in a single quarter.

Xiaomi invested 829 million yuan in its car business during the quarter, a total of 1.865 billion yuan, according to the figures disclosed in the first and second quarters. Mr Wang said Xiaomi's investment in the car business had been very carefully calculated and would not have a significant impact on the group's operations for now.

In addition, Xiaomi spent 4.1 billion yuan on research and development in the quarter, up 25.7 percent year on year, with R&D personnel accounting for about 48 percent of its total workforce as of September 2022.

Related news
Turn round: second-hand mobile phone market Q3Huawei "rise" iPhone general price reduction
Master Lu's Q3 mobile phone ranking: Xiaomi 10 supreme commemorative edition wins double champion
Tencent Q3 financial report: Tencent conference users exceeded 100 million, cloud business accelerated benchmarking
Q3 Xiaomi failed to change its life
Xiaomi Q3 has not returned to the normal growth track. Wang Xiang: The idea of high-end strategic quick wins is incorrect
Xiaomi Q3 financial report interpretation: mobile phone business pressure overseas revenue over half
Hot news this week
The first in the world! Intelligent screening system for visual impairment of infants and young children
World's first: Sun Yat-sen University has developed a mobile phone intelligent screening system for infants with visual impairment
Beautiful country semiconductor ushered in the winter, US high enterprises inverted, our country market doesn't buy it!
Sources said Samsung Electronics is considering cutting chip production in the first quarter or a huge loss
See you again! High-speed rail overcrowding alarm can not drive without tickets passengers get off: 12306 said compliance
Cybertruck skipped tickets again! Mass production of Tesla electric pickup truck will not wait until 2024.
Intel: 14 generations of Core in the second half of the year, and build a new architecture from zero next year.
Apple will relax measures to deal with COVID-19 's epidemic and encourage employees to go back to work
Why Tesla crazy price reduction to more than 200,000 profit is still the highest? The truth is revealed!
Here comes the most advanced 3nm processor in the world! Apple A17 exposure: iP15 performance will be greatly upgraded
The most popular news this week
Meta earnings release analysts: Snap turning profit into loss in the fourth quarter is good news for it and Google
No 5G Huawei folding screen can still sell out! 1.44 million units a year, the domestic king
256G is not enough! Bloggers bought Xiaomi phone 512G has used up more than 300G: WeChat accounted for 70G
Regret that the medicine is gone! Apple closes downgrade channels for multiple versions such as iOS on 16-15-12.
The rendered picture of Meizu experience Center is exposed: there are cars and mobile phones to build 1000 stores.
Musk, the richest man in the world, also suffered a huge loss when he bought bitcoin by Tesla, who "cut leeks".
Samsung Huawei Xiaomi OV has been iterated many times! IP16 Pro still has no latent eyes.
At least 29000 facilities were affected, and WeiUnicom announced that there were serious loopholes in QTS and QuTS hero.
Tesla has sold most of its bitcoin and lost nearly 1.4 billion yuan in 2022
The biggest drop in history!