Whose face did the foot recorder hit? Did the Teochew brakes fail?

Two people were killed and three injured after a Tesla Model Y failed to stop on the side of the road in Chaozhou, Guangdong Province. On November 13, the family of the car owner said via social media that the car owner, who has more than 20 years of driving experience, had slammed on the brakes but failed to slow down at the time of the accident, hoping that relevant authorities would investigate the cause of the accident as soon as possible.

Later, a woman in Guangdong province installed a mini camera on the bottom of her new Tesla cab that can record the position of the brakes. Some netizens have questioned its private modification to affect the circuit.

The car owner responded by Posting a video saying that she trusted Tesla, but the evidence made it look like trust was cheap, adding that installing the camera didn't require any wiring changes at all, and that the woman also joked about the price cut when Tesla just bought the car.

In fact, many Tesla owners have already acted on this operation, and of course, it also triggered the discussion of many owners. Such helpless behavior. Travel recorder ” Who did you hit in the face?

In response to the previous Chaozhou accident, a Tesla employee told China Economic Weekly,All Tesla cars are equipped with EDR. In cooperation with the police investigation, EDR data was collected by a third party at the first time. The Tesla brake system was provided by the Doctor, not exclusive; Power output did cut off when the airbag deployed, but the driver said he lost consciousness and didn't brake, so we saw the vehicle continue to move forward on inertia until it stopped on impact.

Although there has been no authoritative confirmation of the results, but the Internet for the owner of Mr. Zhan and Tesla side have a lot of doubts. Tend to believe Mr Zhan. Hit the wrong brake. 'Most of the related accidents may be the result of a large gap between the driving habits of electric vehicles and gas-powered vehicles, and some accidents in this case have nothing to do with the brake pedal itself.'

And many in the industry are pointing the finger at Tesla. Single pedal mode ” . Well-known car critic Chen Zhen believes that the so-called. Single pedal mode ” Forced kinetic energy recovery is extremely unfriendly and potentially a safety hazard for older drivers and those who need to switch between other models and Teslas. …

Former auto engineer Zhu Dianju (alias IP Man) also publicly said that a large number of similar accidents occurred, whether Tesla's brakes were really faulty in a physical sense, or its design caused many veteran drivers to appear. Step on the wrong foot. Tesla is not to blame for this problem.

Again, for suspected reasons. The brakes failed. The uproar in April 2021. Shanghai Auto Show roof rights protection. After the incident, the negative public opinion on Tesla's quality problems became more and more intense. Subsequently, Tesla was further pushed into the storm of public opinion after a series of traffic accidents.

At the same time, Tesla's sales in China also declined. In April 2021, its sales in China reached 11,954 vehicles, down 65.51% from the previous month. In May of that year, Tesla's orders in China fell by nearly half from April, according to Sina Technology.

Then, after Tesla announced a price cut at the end of July 2021, sales gradually increased. Also in the face of suspicion. The brakes failed. Will Tesla cut prices again? 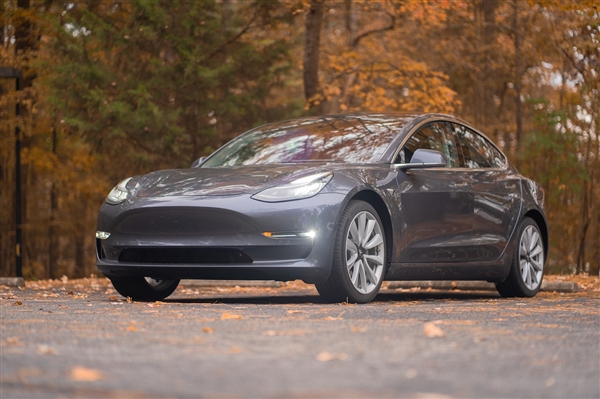 Related news
Large-scale advertising fraud? Google off the Baidu DO Global 46 applications
Large-scale advertising fraud? Google off the Baidu DO Global 46 applications
Microsoft has released a completely new to-do application. Do the old users of the Magic List stick to it?
HOW I GOT MY EX BACK WITH THE SPELL OF DR EROMOSE THE GREAT
Famous car blogger reveals Tesla brake failure! Brakes work without reaction delay
Whose face did the foot recorder hit? Did the Teochew brakes fail?
Hot news this week
Sources say Penguin Random House's deal to buy Simon & Schuster has fallen through
Any chance of taking over the agency? Sources say Tencent has been in contact with Blizzard for at least a year
Blizzard's founder responded to NetEase's contract renewal: Cooperation is a two-way street, and we will do our best to make Blizzard games accessible to Chinese players
Ali suddenly released a new chip, the domestic chip breakthrough, abandoned the American chip fantasy
Better than Huawei or Apple? It is revealed that Samsung S23 uses satellite communication: can also space voice
Players recognized as the best of the year! The Old Man Ring won four awards at the 2022 Pension Rocker Awards
Chaozhou accident relatives do not recognize the third party identification! Why doesn't Tesla Provide Driving Data?
Today is the 18th anniversary of Blizzard's World of Warcraft: unfortunately, the national service will be discontinued in January
According to sources, TSMC replaced Samsung to win a large order of Tesla's assist driving FSD chip, based on the 4/5nm process
Jinshanyun reported revenue of 1.97 billion yuan in the third quarter, down 18.4 percent year on year
The most popular news this week
For the first time, China surpassed the United States and was recognized as the world's largest in the number of valid patents
SoftBank has developed technology to use drones to detect mobile phone signals from people buried in disasters
Tencent Holdings: Purchased 1.29 million shares today at a cost of HK $351 million
Saudi player dispels rumours of winning after being awarded Rolls-Royce Phantom: No matter
The super flagship endorsed by Wu Jing hits the shelves: almost all the front screens will be released next week
Huawei Watch Buds: two-in-one design of watch earbuds
No wonder people still don't buy TV when the price is down
Qualcomm developed PC processor behind: ARM toothpaste kiss son architecture is not good
Flavor is "technology and hard work"? Don't worry about it!
Tesla's new car will be returned after being bought three times in three days