A Tesla Model S went out of control and crashed into a wall, the 71-year-old driver said

Recently, Teochew Tesla “ Out of control. The final results of the investigation into the fatal collision are still pending. About Tesla brakes. Eg. Controversy. It's still in progress.

A few days ago, media reported that there was another out-of-control Tesla car accident in Taipei, Taiwan, China.

A Model S sped out of a building's underground parking lot when it lost control for unknown reasons,It hit a minibus in front of it, then veered right into the granite beams of the building, destroying the front. 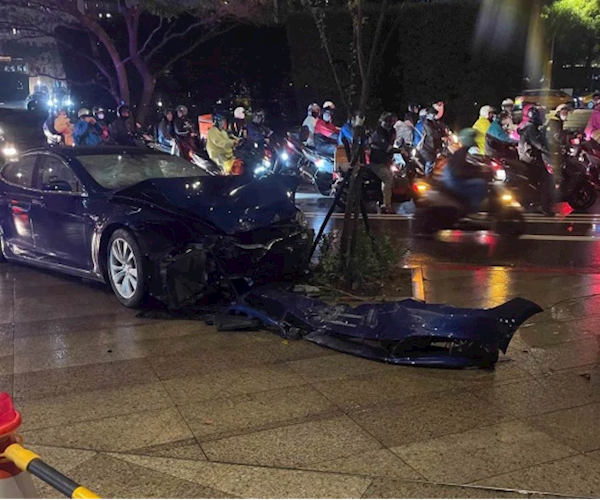 The cause of the crash, which injured the Tesla driver and two passers-by, remains to be determined.

Photos from the scene showed that the front of the vehicle was badly damaged and the Windows were broken by the impact. The stone columns in front of the building were also ripped off by the vehicle's impact, revealing metal support frames inside. 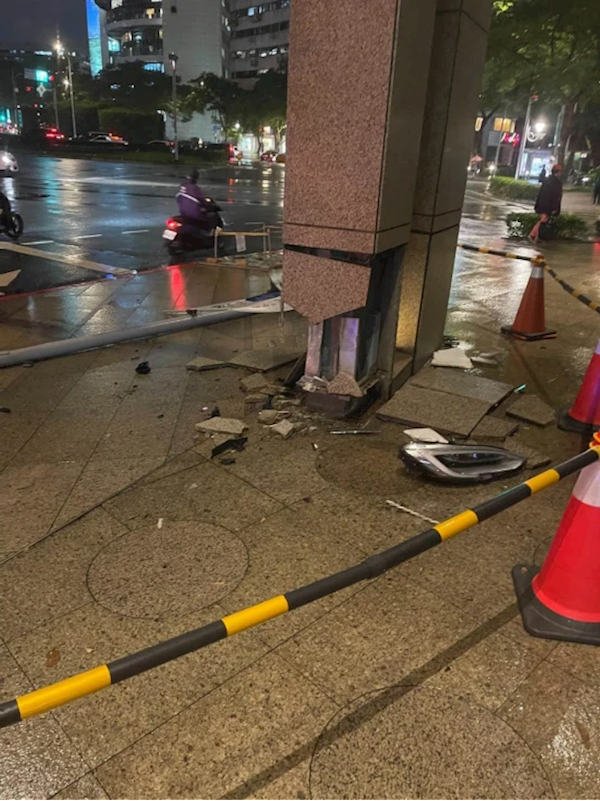 The report said,A 71-year-old man surnamed Wang, who was driving the car at the time, told police that the vehicle had broken down,But the video shows the Tesla accelerating from the ramp of the parking lot. A burst of energy. Whether it was a vehicle problem or careless driving, the detailed cause remains to be further investigated.

The blue Tesla involved in the accident is a Model S with a starting price of NIS 3.63 million. Taking the 2020 Model S as an example, the performance version is equipped with a 577kW drive motor and a peak torque of 1140N· At just 2.5 seconds, the m 100 is one of the fastest coupes in the world.

Related news
US traffic safety agency: investigation of Tesla Model s fatal accident
Out of control investigation of imported model 3: Tesla denies brake failure
US Agency investigates touch screen failure or is forced to recall 63000 model s
Tesla Model S serious car accident A column was 18 rounds of heavy card "hit not "! Driver survived
Model s spontaneous combustion occurred in the United States before model x lost control and hit the wall in South Korea
Tesla Model S dropped from the cliff but the driver was only slightly scratched.
A Tesla Model S went out of control and crashed into a wall, the 71-year-old driver said
Hot news this week
Sources say Penguin Random House's deal to buy Simon & Schuster has fallen through
Any chance of taking over the agency? Sources say Tencent has been in contact with Blizzard for at least a year
Blizzard's founder responded to NetEase's contract renewal: Cooperation is a two-way street, and we will do our best to make Blizzard games accessible to Chinese players
Ali suddenly released a new chip, the domestic chip breakthrough, abandoned the American chip fantasy
Better than Huawei or Apple? It is revealed that Samsung S23 uses satellite communication: can also space voice
Players recognized as the best of the year! The Old Man Ring won four awards at the 2022 Pension Rocker Awards
Today is the 18th anniversary of Blizzard's World of Warcraft: unfortunately, the national service will be discontinued in January
Chaozhou accident relatives do not recognize the third party identification! Why doesn't Tesla Provide Driving Data?
According to sources, TSMC replaced Samsung to win a large order of Tesla's assist driving FSD chip, based on the 4/5nm process
Jinshanyun reported revenue of 1.97 billion yuan in the third quarter, down 18.4 percent year on year
The most popular news this week
For the first time, China surpassed the United States and was recognized as the world's largest in the number of valid patents
SoftBank has developed technology to use drones to detect mobile phone signals from people buried in disasters
Tencent Holdings: Purchased 1.29 million shares today at a cost of HK $351 million
Saudi player dispels rumours of winning after being awarded Rolls-Royce Phantom: No matter
The super flagship endorsed by Wu Jing hits the shelves: almost all the front screens will be released next week
Huawei Watch Buds: two-in-one design of watch earbuds
No wonder people still don't buy TV when the price is down
Qualcomm developed PC processor behind: ARM toothpaste kiss son architecture is not good
Flavor is "technology and hard work"? Don't worry about it!
Tesla's new car will be returned after being bought three times in three days