'There's no shame in Losing Your job,' Former employees at Twitter, Meta Share about being laid off 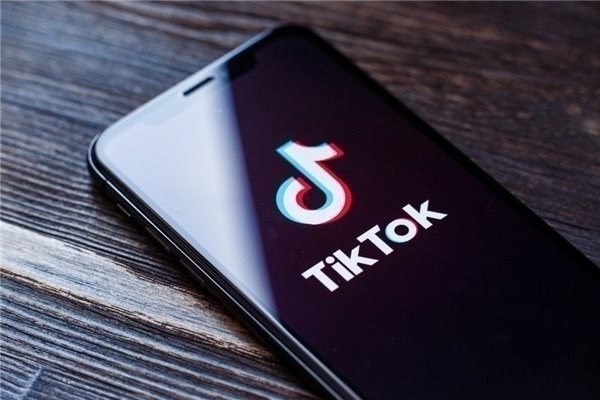 A TikTok user claiming to be a former Twitter employee posted a video inviting viewers. Get ready with me to see if I'm fired. . The video has been viewed more than half a million times and has 80,000 views. Give me a thumbs up. . Some even shared videos of when they were fired.

This simple act of publishing challenges the stereotype that people have. There is a general sense of shame and silence after being fired. . The posters said it helped them cope with the layoff experience, empathize with others in their situation and network for future employment.

Daza · Daizha Brown used to work on the marketing team, which promotes Facebook's services for small businesses. She posted on TikTok within an hour of receiving her dismissal notice.

In an interview, she said: I was stunned and couldn't believe it would show up in my inbox. ” She was referring to the email informing her that she had lost her job.

Mr. Brown, who lives in Seattle, is now using TikTok to document his life experiences in a series of videos called "The Days After Layoffs."

Brown said in the video: Reality has set in. This is my journey? I was ready to find out what I and others had been telling me. Something better. .But the hardest part is this. Live in the present. . I'm going to take it one step at a time. I know that my future self is cheering for me. ”

Most of the comments Brown has received have expressed support for her, with many following her updates. Brown says TikTok reminds you that you're not alone because of a quick search. Lay off employees. There are dozens of videos on how to cope with unemployment.

She said: If you cry every day, it can be very difficult. But you will also see that there are others who cry every day. This shows us that unemployment is not unique and that many people are going through the same thing. ”

Megan · Megan Arroyo was also laid off from Meta, where she worked in recruiting.

She said in an interview: When the cuts happen, I know 11,000 people will lose their jobs. So I'm not alone in experiencing a mixture of disappointment and sadness at losing my job and pride at having worked for such a great company. ”

Ms. Arroyo, who lives in Chicago, said she made a few friends after seeing people post TikTok-like videos.

Ms. Arroyo said the comments were overwhelmingly positive and kind, with people listing her as a friend on LinkedIn, the professional networking site, and offering to recommend her jobs.

But others are critical, arguing that talking about work online can be risky.For example, someone commented :“ Oh, you cried on the Internet. If I were the hiring manager, I would never hire you. ”Mrs Arroyo retorted: Okay, that would be great, but I really don't care. ”

Economic uncertainty is increasingly having an impact beyond the tech sector. Marjana · Marjana Maksuti, who worked at the university of New York. Global Citizen; She works in marketing for a nonprofit organization that aims to end extreme poverty, but she lost her position in New York last week.

Masutti said: There is a stigma attached to losing your job, and it can be one of the most stressful and lonely experiences we will ever face in our lives. But I do think it's really important for many people to share and be open about these experiences because it really brings people together and keeps them from feeling isolated. ”

Jordan · Jordan Gibbs was fired from Lyft's New York hiring team this month. She says she now posts daily videos to combat the numbness that comes with being emotionally overwhelmed.

Gibbs said in an interview: Basically, I have to find a way to get myself out of bed every day. If I try every day to film my life being fired, it will help me to really make progress and accomplish something. ” Since then, Gibbs has sent out dozens of resumes and interviewed with several companies, including TikTok itself.

Before November, Gibbs had about 1,000 followers, mostly friends, colleagues and other acquaintances.

But in the roughly two and a half weeks since she started Posting unemployment videos, that number has nearly tripled. She smiled and said: I don't want to be a celebrity, that's really not my style. But the impact of the unemployment video was beyond my expectation, it seemed that everyone was going through similar things, and many people found comfort and interest in my shooting. ”

Ever since Gibbs started sharing stories about unemployment,She has seen many of her friends in the tech industry share similar content, often with weekly updates.

Gibbs: While Twitter is like a place to vent your anger, Instagram is a perfect picture of your life, and there's something very special about the TikTok community that naturally draws people to it. ”

Related news
O'K克 hits Meta and Twitter to give up participating in 2022 CES
Meta sets up a new team: Facebook and Instagram will push payment features
Zuckerberg is committing a typical Silicon Valley error: Meta has become Yahoo 10 years ago
Meta is at it again bashing Apple! Accused it of "taking away" some advertising revenue
Can't hold on! Twitter starts' 997 ', Meta cuts jobs, Apple and Amazon freeze
Meta Knife, Silicon Valley winter
The biggest layoffs in the US technology industry begin tonight, affecting thousands of people, and Zuckerberg blames himself
After the first big layoffs, Zuckerberg answered employees' questions: Meta's two big messaging apps are already profitable
'There's no shame in Losing Your job,' Former employees at Twitter, Meta Share about being laid off
Hot news this week
Sources say Penguin Random House's deal to buy Simon & Schuster has fallen through
Any chance of taking over the agency? Sources say Tencent has been in contact with Blizzard for at least a year
Blizzard's founder responded to NetEase's contract renewal: Cooperation is a two-way street, and we will do our best to make Blizzard games accessible to Chinese players
Ali suddenly released a new chip, the domestic chip breakthrough, abandoned the American chip fantasy
Better than Huawei or Apple? It is revealed that Samsung S23 uses satellite communication: can also space voice
Players recognized as the best of the year! The Old Man Ring won four awards at the 2022 Pension Rocker Awards
Chaozhou accident relatives do not recognize the third party identification! Why doesn't Tesla Provide Driving Data?
Today is the 18th anniversary of Blizzard's World of Warcraft: unfortunately, the national service will be discontinued in January
According to sources, TSMC replaced Samsung to win a large order of Tesla's assist driving FSD chip, based on the 4/5nm process
Jinshanyun reported revenue of 1.97 billion yuan in the third quarter, down 18.4 percent year on year
The most popular news this week
For the first time, China surpassed the United States and was recognized as the world's largest in the number of valid patents
SoftBank has developed technology to use drones to detect mobile phone signals from people buried in disasters
Tencent Holdings: Purchased 1.29 million shares today at a cost of HK $351 million
Saudi player dispels rumours of winning after being awarded Rolls-Royce Phantom: No matter
The super flagship endorsed by Wu Jing hits the shelves: almost all the front screens will be released next week
Huawei Watch Buds: two-in-one design of watch earbuds
No wonder people still don't buy TV when the price is down
Qualcomm developed PC processor behind: ARM toothpaste kiss son architecture is not good
Flavor is "technology and hard work"? Don't worry about it!
Tesla's new car will be returned after being bought three times in three days