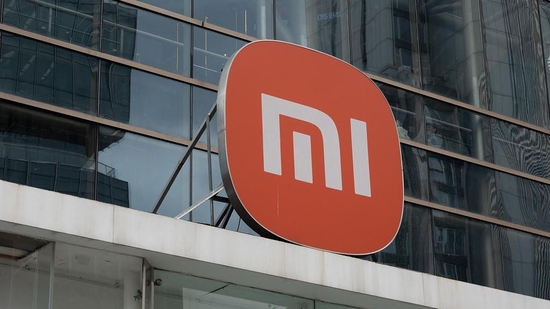 The Mi 13 will raise its price.

The price of Xiaomi's upcoming flagship Mi 13 series is expected to be raised by 15-20% to 4,500 yuan due to factors such as upgraded positioning, cost, pandemic and exchange rate fluctuations, the Paper exclusively learned on November 24.

At present, this series of products has begun mass production, all with 4nm chips.

Xiaomi's smartphone revenue and shipments have declined recently. Xiaomi announced its third quarter 2022 financial results on Nov 23. In the third quarter of this year, Xiaomi's total revenue was 70.47 billion yuan, down 9.7% year on year. Net loss (period loss) of 1.5 billion yuan, compared with profit of 788 million yuan in the same period last year; Adjusted net profit was 2.1 billion yuan, down 59.1 percent from a year earlier.

In the third quarter, the total revenue of Xiaomi's smartphone business was 42.5 billion yuan, a year-on-year decline of 11.1% and a quarter-on-quarter growth of 0.6%; Global shipments were 40.2 million units, compared to 43.9 million units in the same period last year, down 8.4% and up 2.8% sequentially.

"Global inflation, interest rate hikes in the US dollar, exchange rate fluctuations have brought us a lot of uncertainties, and the recurrence of the pandemic has also had a big impact on us." In a post-earnings conference call, Xiaomi President Wang Xiang explained. "The good thing about the third quarter is that smartphone shipments, revenue, gross margins were up a little bit quarter-on-quarter. We did see a decline in handset shipments this year compared to the same period last year, but on a quarter-on-quarter basis, we were able to hold the line."

The price increase of the Mi 13 is also part of Xiaomi's premium strategy. With the release of the Mi 10 in February 2020, Xiaomi has officially entered the high-end market. Earlier, at the launch of the Mi 12 series, Xiaomi founder Lei Jun said that Xiaomi will officially compete with Apple and step by step surpass Apple in the future. He also announced on Weibo that Xiaomi's high-end phones would "learn from Apple" in terms of product quality and specifications.

"The last time I proposed to bid against Apple, it was immediately searched on Weibo and met with a lot of cynicism." Mr Lei said. "I think domestic phones should have such courage, why not compare? "By comparison, you may find that the strength of domestic phones is much stronger than you think."

In a conference call yesterday, Mr Wang said it was wrong to think that one or two products would be a quick winner in the high-end market. At present, Xiaomi hopes to make steady progress. It should not only pay attention to parameters, but also pay attention to user feedback and reputation, so as to continuously improve its brand capability.

According to Xiaomi's official Weibo account, the Mi 13 series will "refresh the perception" and may be the most powerful and powerful phone in Xiaomi's history. 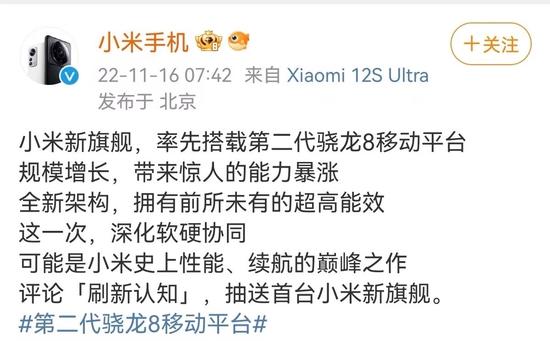 Related news
Apple Watch Series 5 Relevant News Stocktaking
Foreign media: millet disbanded the Mi VR team
Microsoft: Xbox series X will be downward compatible with thousands of games
Disassembly report: Mi Xiaomi 6700mah 50W fast charging two in one charger ad55
Hot news this week
Sources say Penguin Random House's deal to buy Simon & Schuster has fallen through
Any chance of taking over the agency? Sources say Tencent has been in contact with Blizzard for at least a year
Blizzard's founder responded to NetEase's contract renewal: Cooperation is a two-way street, and we will do our best to make Blizzard games accessible to Chinese players
Ali suddenly released a new chip, the domestic chip breakthrough, abandoned the American chip fantasy
Better than Huawei or Apple? It is revealed that Samsung S23 uses satellite communication: can also space voice
Players recognized as the best of the year! The Old Man Ring won four awards at the 2022 Pension Rocker Awards
Chaozhou accident relatives do not recognize the third party identification! Why doesn't Tesla Provide Driving Data?
Today is the 18th anniversary of Blizzard's World of Warcraft: unfortunately, the national service will be discontinued in January
According to sources, TSMC replaced Samsung to win a large order of Tesla's assist driving FSD chip, based on the 4/5nm process
Jinshanyun reported revenue of 1.97 billion yuan in the third quarter, down 18.4 percent year on year
The most popular news this week
For the first time, China surpassed the United States and was recognized as the world's largest in the number of valid patents
SoftBank has developed technology to use drones to detect mobile phone signals from people buried in disasters
Tencent Holdings: Purchased 1.29 million shares today at a cost of HK $351 million
Saudi player dispels rumours of winning after being awarded Rolls-Royce Phantom: No matter
The super flagship endorsed by Wu Jing hits the shelves: almost all the front screens will be released next week
Huawei Watch Buds: two-in-one design of watch earbuds
No wonder people still don't buy TV when the price is down
Qualcomm developed PC processor behind: ARM toothpaste kiss son architecture is not good
Flavor is "technology and hard work"? Don't worry about it!
Tesla's new car will be returned after being bought three times in three days