South Africa's largest shareholder has again reduced its stake in Tencent by 78.9 million shares, after halting the sale in stages 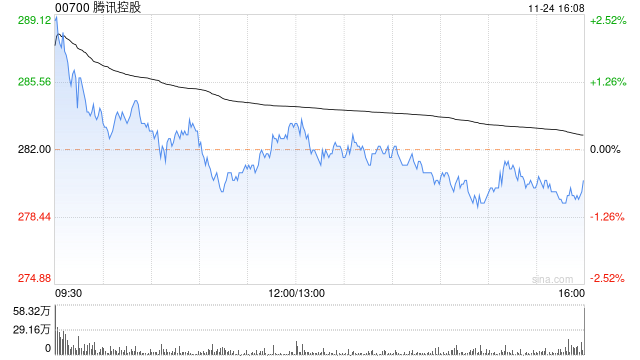 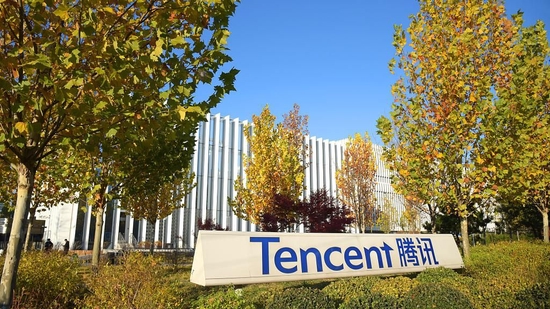 According to the net asset value statement of Prosus, a subsidiary of South Africa's Naspers, the largest shareholder of Tencent Holdings (0700.HK), the company held 2,613.7 billion shares as of November 23, down 78.9 million shares from 2,692.6 million shares on October 28, indicating that major shareholders have resumed reducing their holdings.

The move came after Naspers stopped selling Tencent shares for more than a month between September 9 and October 28.

From the South African major shareholder's position, the determination to reduce the holdings of Tencent did not stop. "Tencent announced on November 16 that it will distribute Meituan shares to shareholders next year," Naspers said in a statement on November 23. When we receive the shares, we will treat them (Meituan shares) as holding shares for sale."

Earlier, in the release of the third quarter financial results, Tencent announced that the Tencent Board of Directors resolved to declare a special interim dividend in kind on the approximately 958 million Meituan Class B ordinary shares held by the Company indirectly through Huai River and TML on the basis of one Meituan Class B ordinary share for every 10 shares held by eligible shareholders.

According to Meituan's semi-annual report, Tencent holds 1,054.6 million B-shares in Meituan, of which 1,018.7 million are held by Huai River and TML, which means Tencent has sold off 90% of the Huai River stake. Based on the Nov. 15 closing price of HK $166.4 per share, the total market value of the Meituan shares to be distributed is about HK $159.4 billion.

Tencent's board explained in the statement that the physical distribution is in the interests of the company and its shareholders. One aspect of Tencent's investment strategy is to invest in development-stage companies in certain industries; Support and share in the growth of the investment company; And in the judgment of the investment company's financial strength, industry status and investment return has reached a stable level when choosing the opportunity to exit the investment. Meituan has now reached this position and now is the appropriate time to transfer Meituan's interest directly to eligible shareholders.

South Africa's big shareholders have stopped selling down Tencent for a while, but it seems that the momentum has not stopped. As of Oct. 27, Prosus owned 2.692.6 billion shares of Tencent Holdings, according to data disclosed on Prosus' official website. The figure is in line with the number of shares Prosus owns in Tencent disclosed by the Hong Kong Stock Exchange on Sept. 8. This means that from September 8 to October 27, for more than a month, major shareholders stopped selling Tencent shares.

Earlier on June 27, Tencent announced that major shareholders Prosus (majority owned by Naspers and the controlling shareholder of the company) and Naspers announced the launch of a long-term, open-ended buyback program to enhance the group's net asset value per share, The buyback will be funded through a small, orderly sale of Tencent shares by Naspers.   Naspers estimates that the number of shares sold each day will average no more than 3-5% of Tencent's daily average turnover.

Related news
@#I WANT A LOAN NOW 27788523569 USA,UK LONDON,SOUTH AFRICA
JD.com,Tencent Extend Strategic Partnership on AI
VUE Vlog to Suspend its Operation
Tencent CSIG Creates Enterprise & Government Business Line
.MUSOUTH AFRICA PENIS ENLARGEMENT CREAM+27670236199 in South
Tencent Holdings: South Africa's major shareholder resumed selling 78.9 million shares in nearly a month
Hot news this week
With the NIL technology, Canon wants to provide China with a lithography machine comparable to the EUV
Genius hacker Geohot promised Musk 12 weeks to fix Twitter search, but posted for help because he wouldn't react
Google's parent company is planning to cut tens of thousands of jobs
The Long March 9 is basically confirmed: the low-orbit carrying capacity of 150 tons can carry the entire space station into space
A small plane in the US has crashed into a 30-metre high voltage power line and got stuck: 80,000 people affected
Can recording others' wechat chat records be used as evidence? The Beijing Internet Court has an answer
Alibaba launched a new cross-border e-commerce platform in Spain, aiming to operate independently in the middle and high-end market
Google is concerned that Microsoft's acquisition of Activision Blizzard will affect the ChromeOS experience
The second generation Snapdragon 8 flagship! Mi 13 toughened film appeared: four sides and other narrow screen accounted for a stable ratio
A Tesla crashed into two cars in Taizhou, Zhejiang province, killing two and injuring one, police said
The most popular news this week
QQ membership via SMS has become a thing of the past: Tencent officials said the relevant business functions have been offline
Two men ransacked an Apple store and made off with more than 200,000 products: a textbook move by the employees
South Korea 2-1 Portugal repeat Asian miracle: Lei Jun with Xiaomi 13 thumbs up
The standard version is unbeatable and sells for 3,999 yuan for Mi fans
Two new Huawei devices are ready to launch: one is more creative
For the first time ever! NVIDIA graphics card to play the game flash screen must refresh the BIOS
Samsung Galaxy Z Flip5 exposure: Larger screen, fewer creases
What is this picture? Intel next generation Fever U also has 6 cores!
1W less than 40 cents 550W gold medal full module power 199 yuan RTX 3060 are enough
Viral 'Coronavirus Medicine Sequence' : Reliable? Experts guide the way