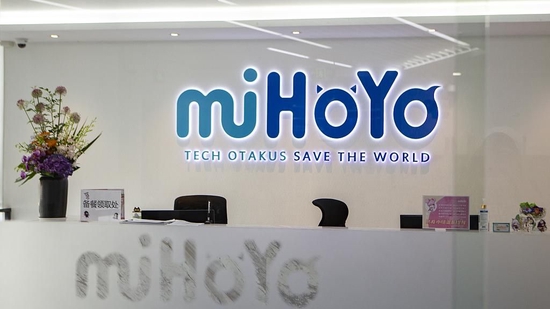 Miha You internally disbanded a game product led by the CEO himself.

On November 24, Miha You released an internal announcement, announcing the official dissolution of the game product Project SH (hereinafter referred to as: PJSH).

In this regard, the relevant person in charge of Miha tour responded to the paper news reporter said that the department of internal business adjustment. It is understood that the product is led by CAI Haoyu, the founder of Miha You and the producer of Original God. It uses UE5 engine to develop and focus on quadratic open world shooting game.

According to the paper's internal announcement obtained by reporters, the relevant person in charge of Miha tour said:

"Projects have a history of less success and more failure, and everyone has a sense that something is wrong. Since this road can't go down, be decisive and bury it. I don't have to waste time writing fancy emails.

Fail fast,learn fast. Starting from this week, BP will communicate with you about the follow-up treatment. Please wait patiently. We will try to arrange the internal transfer, but we do not have the right opportunity. We will arrange the corresponding labor compensation." 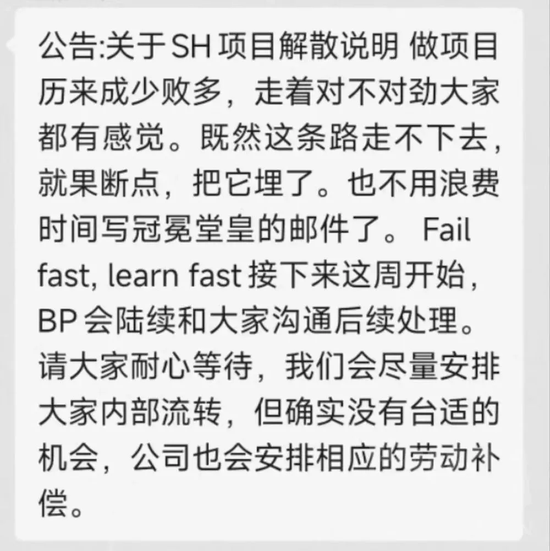 As early as 2019, the PJSH project was publicly approved. Jen-hsun Huang, founder and CEO of Nvidia, spoke at the Nvidia GPU Technology Summit. At GTC China, six ray-tracking games were announced, including Miha's Project X, the predecessor of the PJSH project.

However, in 2022, after more than two years of development, the game has not been released to the public. Sources close to Miha You told the Paper that PJSH's project progress failed to meet the expectations of Miha You CEO CAI Haoyu, so it was not a surprise that PJSH finally faced dissolution.

"It was a very decisive decision for Mihayu and a test of judgment for the manager." Game industry analyst Zhang Shule told reporters. "Shooters tend to focus on maps. Once the world is open, the overall data and Settings are out of control, and it can easily lead to the imbalance of the most critical balance of shooters. The difficulty of development increases exponentially, which may be the reason why Mihayou finally gave up."

Related news
Foreign media: millet disbanded the Mi VR team
CEO Zhang Nan, China's CEO Zhang Lidong as chairman tiktok
Behind Xunlei's change of CEO: Xiaomi Department exits from the board of directors and Li Jinbo school dominates
Developers say: after Baba is you became popular, how to play new games calmly?
Google launched "pixel for business" website to attract enterprise users
Miha tour disbanded CEO to lead the development of beautiful girl games! The official response came
Mi Ha You CEO personally led the game project disbanded, response: department of internal business adjustment
Hot news this week
With the NIL technology, Canon wants to provide China with a lithography machine comparable to the EUV
Genius hacker Geohot promised Musk 12 weeks to fix Twitter search, but posted for help because he wouldn't react
Google's parent company is planning to cut tens of thousands of jobs
The Long March 9 is basically confirmed: the low-orbit carrying capacity of 150 tons can carry the entire space station into space
A small plane in the US has crashed into a 30-metre high voltage power line and got stuck: 80,000 people affected
Can recording others' wechat chat records be used as evidence? The Beijing Internet Court has an answer
Alibaba launched a new cross-border e-commerce platform in Spain, aiming to operate independently in the middle and high-end market
Google is concerned that Microsoft's acquisition of Activision Blizzard will affect the ChromeOS experience
The second generation Snapdragon 8 flagship! Mi 13 toughened film appeared: four sides and other narrow screen accounted for a stable ratio
A Tesla crashed into two cars in Taizhou, Zhejiang province, killing two and injuring one, police said
The most popular news this week
The most controversial generation of Windows: Vista turns 16!
Apple lost $56.1 billion on Black Friday! Production of the iPhone 14 is expected to drop by nearly 10 million units
Chinese storage stands up: SSD forced overtaking! World giants like Samsung lag behind
QQ membership via SMS has become a thing of the past: Tencent officials said the relevant business functions have been offline
Two men ransacked an Apple store and made off with more than 200,000 products: a textbook move by the employees
South Korea 2-1 Portugal repeat Asian miracle: Lei Jun with Xiaomi 13 thumbs up
The standard version is unbeatable and sells for 3,999 yuan for Mi fans
Two new Huawei devices are ready to launch: one is more creative
For the first time ever! NVIDIA graphics card to play the game flash screen must refresh the BIOS
Samsung Galaxy Z Flip5 exposure: Larger screen, fewer creases