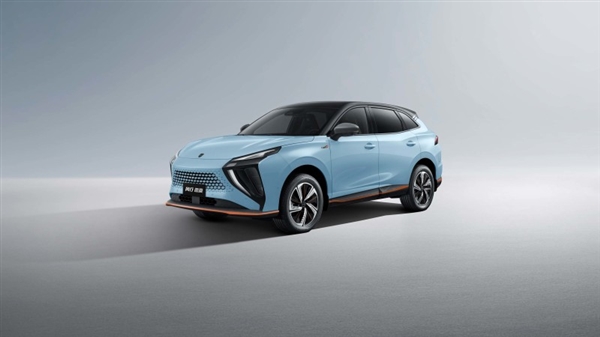 The carLength, width and height of 4600*1860*1680mm, the wheelbase of the body is 2715mm, is positioned as a compact SUV, is a new energy model of Dongfeng Wind brand, will use the new Aurora green Jin Lion logo.

From the outside, the front of the car is somewhat similar to the petrol version. T5 EVO” On both sides of the front face are sickle-shaped lights, which looks very personalized. On the side, a double waist line design is adopted. The side skirt also uses orange lines, highlighting the youthful feeling.

At the rear, the new car has the popular through-through taillight set, with a bright orange trim strip at the bottom of the lower perimeter, as well as the carBlack roof, black mirrors, side window trim, 19-inch rims。 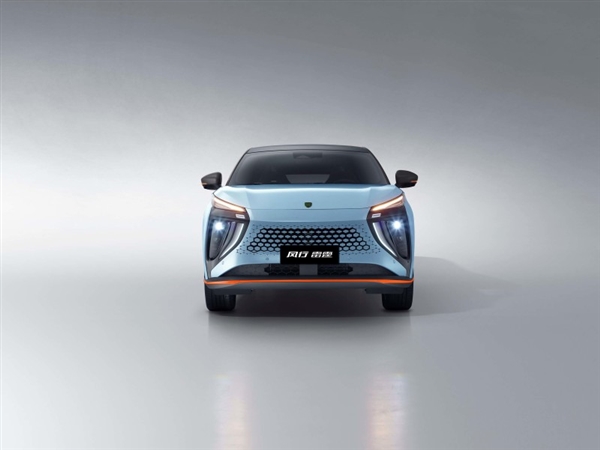 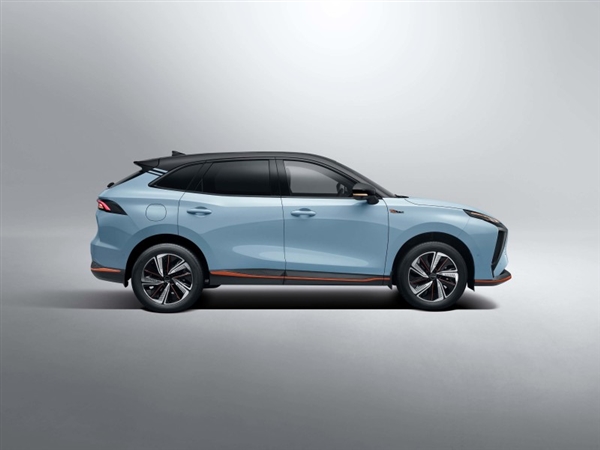 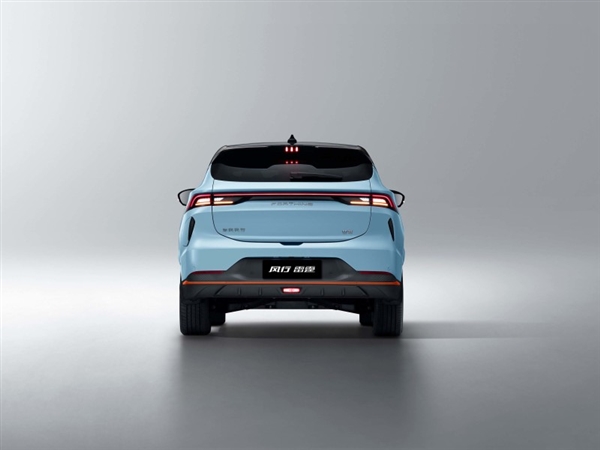 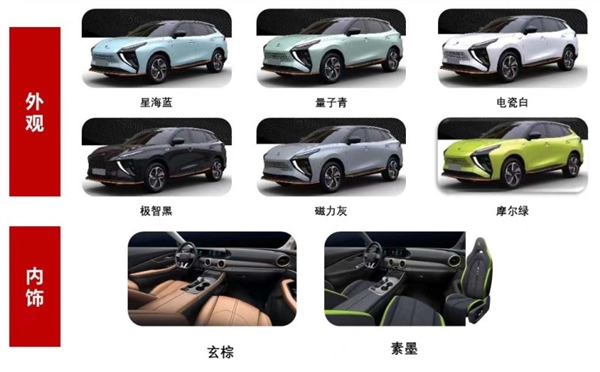 The interior design of the new car is the same as that of the T5 EVO, which uses an integrated dashboard and a large screen in the center.It is equipped with 2.0 human-computer interaction system in deep cooperation with Tencent, and has wechat, Tencent Map, Tencent video and other softwareAnd support voice interaction, vehicle remote control, Bluetooth key and other functions. 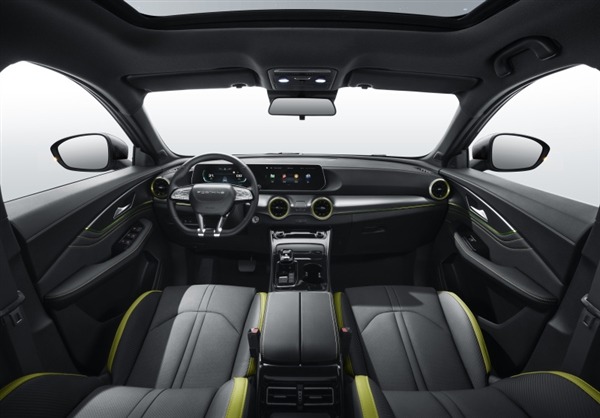 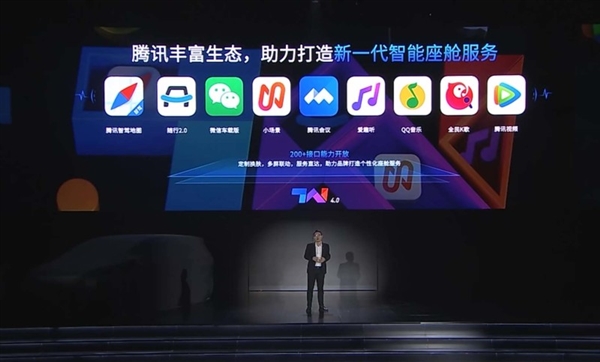 Endurance has already been mentioned, so I won't go into it again, but it's worth mentioning,The car's motor, from BYD, has a maximum power of 150 kilowatts and a peak torque of 340 nmWith a front-front drive, the official zero hundred acceleration time of 7.9 seconds isn't fast, but it's good enough for everyday use. 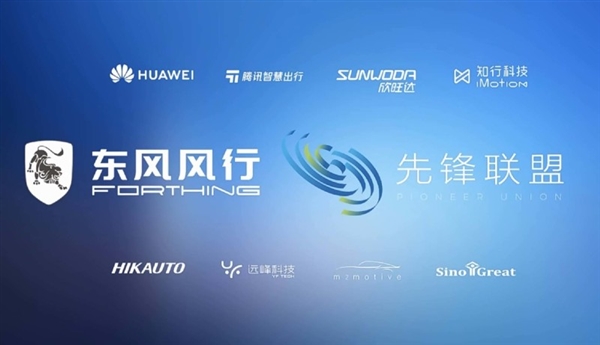 In addition,Huawei's TMS 2.0 heat pump management system is also available for the first timeIt can be applied to the ultra-low temperature environment below -18 ℃. Compared with the industry, it is 8℃ lower, making the vehicle winter endurance increase by 16%.

Related news
Fisker electric SUV ocean will be lower than Tesla Model 3
Huawei Barron 5000 chip successfully boarding: become BAIC high-end SUV smart driving core
BAIC's new high-end pure motion SUV to be launched: 653km with Huawei core
Honda China sold more than 80000 vehicles in February
Huawei and GAC AIAN develop medium and large scale pure TV SUV project approved: investment nearly 800 million
The SUV with the highest "Chinese content" was released: equipped with the Hongmeng system, which completely opened up the barrier between people and vehicles
Tesla Model Y tops SUV sales list in June
The Tesla Model Y is Australia's best-selling SUV, followed by the BYD Yuan Plus
Byd + Huawei + Tencent Dongfeng Wind new pure electric SUV pre-sale: 140,000
Hot news this week
Sources say Penguin Random House's deal to buy Simon & Schuster has fallen through
Any chance of taking over the agency? Sources say Tencent has been in contact with Blizzard for at least a year
Blizzard's founder responded to NetEase's contract renewal: Cooperation is a two-way street, and we will do our best to make Blizzard games accessible to Chinese players
Ali suddenly released a new chip, the domestic chip breakthrough, abandoned the American chip fantasy
Better than Huawei or Apple? It is revealed that Samsung S23 uses satellite communication: can also space voice
Players recognized as the best of the year! The Old Man Ring won four awards at the 2022 Pension Rocker Awards
Chaozhou accident relatives do not recognize the third party identification! Why doesn't Tesla Provide Driving Data?
Today is the 18th anniversary of Blizzard's World of Warcraft: unfortunately, the national service will be discontinued in January
According to sources, TSMC replaced Samsung to win a large order of Tesla's assist driving FSD chip, based on the 4/5nm process
Jinshanyun reported revenue of 1.97 billion yuan in the third quarter, down 18.4 percent year on year
The most popular news this week
For the first time, China surpassed the United States and was recognized as the world's largest in the number of valid patents
SoftBank has developed technology to use drones to detect mobile phone signals from people buried in disasters
Tencent Holdings: Purchased 1.29 million shares today at a cost of HK $351 million
Saudi player dispels rumours of winning after being awarded Rolls-Royce Phantom: No matter
The super flagship endorsed by Wu Jing hits the shelves: almost all the front screens will be released next week
Huawei Watch Buds: two-in-one design of watch earbuds
No wonder people still don't buy TV when the price is down
Qualcomm developed PC processor behind: ARM toothpaste kiss son architecture is not good
Flavor is "technology and hard work"? Don't worry about it!
Tesla's new car will be returned after being bought three times in three days