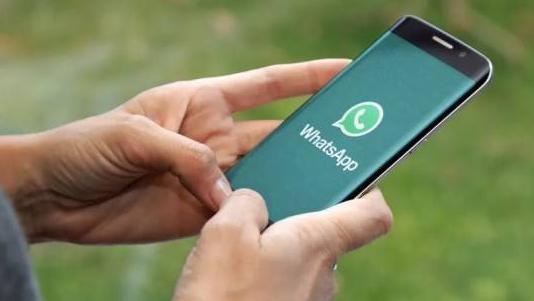 A user has posted on a popular hacker forum that he is selling the data of more than 487 million users of messaging app WhatsApp. Cybernews, a digital security investigative media outlet, reported on November 24 that it had obtained samples from the seller and confirmed that the data for sale was indeed from real WhatsApp users. 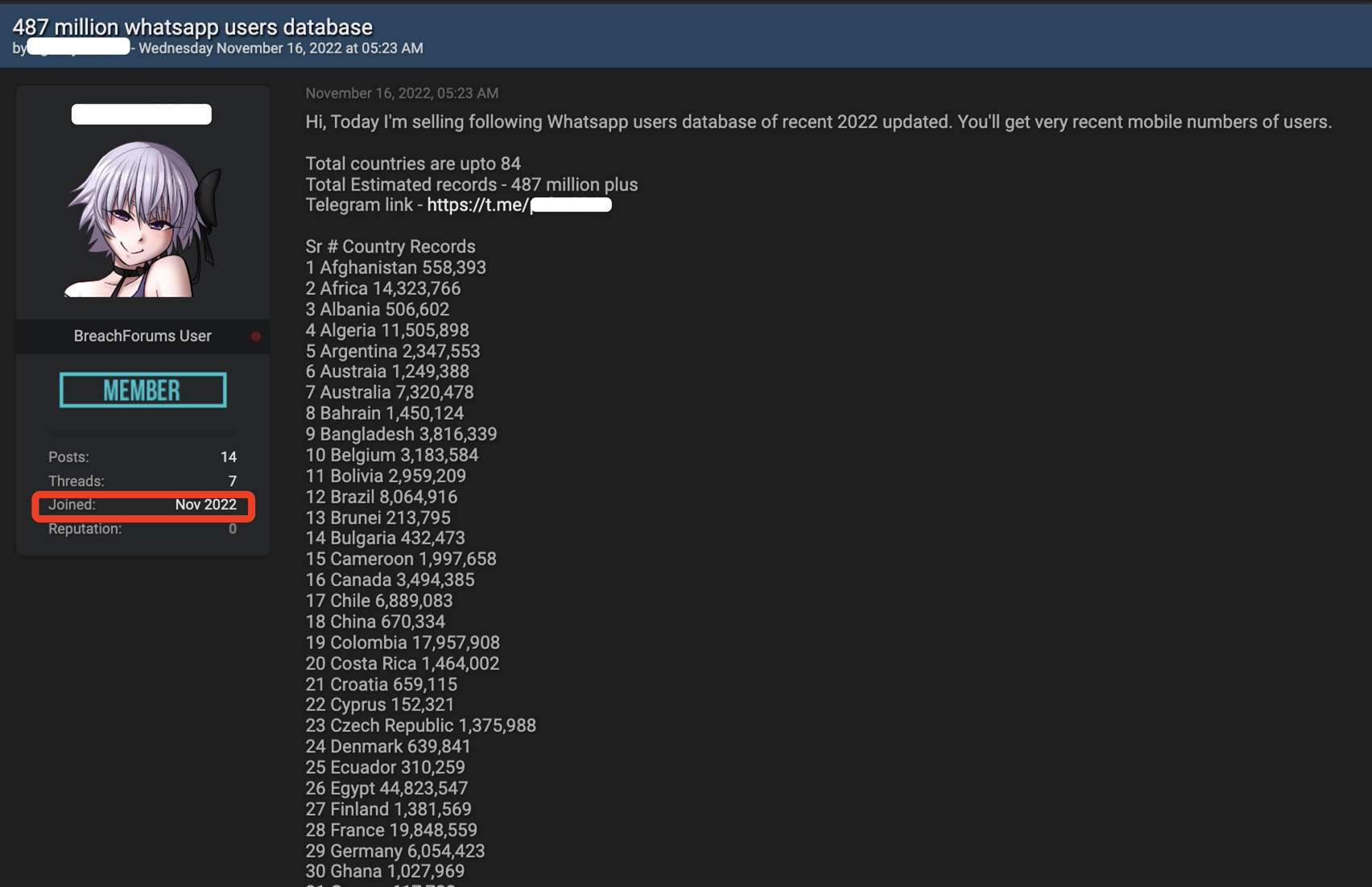 The user did not present the user's data sample in the forum. Reporters from The Paper inquired through the contact information provided by the user, but had not received a response as of press time.

Cybernews, however, reported on Nov. 24 that it obtained a sample of data from the seller and investigated to confirm that the data for sale was indeed from real WhatsApp users. The sample included 1,097 UK phone numbers and 817 US phone numbers, the report said.

WhatsApp, a messaging app owned by Meta, was founded in 2009 and acquired by Meta, formerly known as Facebook (FB), in 2014 for $19 billion. As one of the most popular messaging apps overseas, WhatsApp has a large user base. In the third quarter earnings conference call, Mark Zuckerberg, founder and CEO of Meta, said that WhatsApp has more than 2 billion monthly active users.

In fact, Zuckerberg has high hopes for WhatsApp. Just last week, Zuckerberg said messaging will become Meta's next major business pillar. Zuckerberg said the ability to monetize messaging apps WhatsApp and Messenger was still in its early stages compared to Facebook and Instagram, but he said that while the company still sees the metacomverse as a long-term future business opportunity, But the reality is that WhatsApp and Messenger have a better chance of driving sales growth.

Meta has always been a "disaster zone" for information leaks. In March and October 2018, Facebook suffered two "thefts" of user data. In April 2021, another hacker stole the personal data of an estimated 533 million Facebook users, and this time Zuckerberg's phone number was among them. Facebook ids, full names, locations, birthdates, personal profiles and email addresses were all compromised for users in 106 countries.

Mantas Sasnauskas, Cybernews research team leader, said: "In this day and age, we leave quite a bit of information online, so tech giants like Meta should take every step to protect their users' data.

Sasnauskas argues that hackers don't have to worry about the "no grabbing or misusing of user data" clause, and that tech companies should take strict measures to mitigate the threat and technically prevent the misuse of data by their platforms.

Related news
The Swiss army has banned soldiers on duty from using foreign messaging apps such as WhatsApp
Huawei released third-generation Massive MIMO and FDD ultra-wideband multi-antenna products | MWC2022
WhatsApp has been exposed as the site of a massive data breach in which hackers peddled the information of nearly 500 million users
Hot news this week
Sources say Penguin Random House's deal to buy Simon & Schuster has fallen through
Any chance of taking over the agency? Sources say Tencent has been in contact with Blizzard for at least a year
Blizzard's founder responded to NetEase's contract renewal: Cooperation is a two-way street, and we will do our best to make Blizzard games accessible to Chinese players
Ali suddenly released a new chip, the domestic chip breakthrough, abandoned the American chip fantasy
Better than Huawei or Apple? It is revealed that Samsung S23 uses satellite communication: can also space voice
Players recognized as the best of the year! The Old Man Ring won four awards at the 2022 Pension Rocker Awards
Chaozhou accident relatives do not recognize the third party identification! Why doesn't Tesla Provide Driving Data?
Today is the 18th anniversary of Blizzard's World of Warcraft: unfortunately, the national service will be discontinued in January
According to sources, TSMC replaced Samsung to win a large order of Tesla's assist driving FSD chip, based on the 4/5nm process
Jinshanyun reported revenue of 1.97 billion yuan in the third quarter, down 18.4 percent year on year
The most popular news this week
For the first time, China surpassed the United States and was recognized as the world's largest in the number of valid patents
SoftBank has developed technology to use drones to detect mobile phone signals from people buried in disasters
Tencent Holdings: Purchased 1.29 million shares today at a cost of HK $351 million
Saudi player dispels rumours of winning after being awarded Rolls-Royce Phantom: No matter
The super flagship endorsed by Wu Jing hits the shelves: almost all the front screens will be released next week
Huawei Watch Buds: two-in-one design of watch earbuds
No wonder people still don't buy TV when the price is down
Qualcomm developed PC processor behind: ARM toothpaste kiss son architecture is not good
Flavor is "technology and hard work"? Don't worry about it!
Tesla's new car will be returned after being bought three times in three days