How do US tech giants feel about sports rights as they retrench? 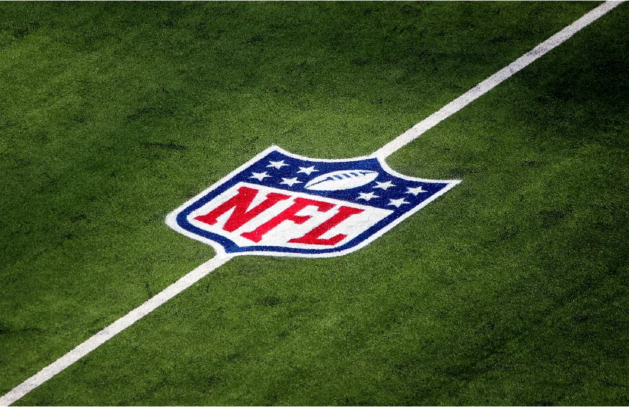 Negotiations for the rights to broadcast the National Football League's "Sunday Ticket" program are expected to continue into next year. Apple, seen as the front-runner in the negotiations, is facing competition from Google.

NFL Commissioner Roger Goodell flew to Sun Valley, Idaho, this summer to attend the Allen & Co's annual media convention. At the time, he expressed confidence that the NFL was about to announce its latest blockbuster television rights deal. "We will probably make some decisions in the fall," he said.

Yet nearly five months later, the NFL is still looking for a technology or media company to take over DirecTV's "Sunday Ticket" rights. With Sunday Football tickets, fans can watch all NFL games, not just those broadcast in their local area. The talks are now expected to extend into next year, according to people familiar with the matter.

The negotiations for the "Sunday ticket" rights are closely watched in the industry. Live sports, especially NFL games, are one of the last remaining hits on traditional television.Who pays for broadcast rights, how much contracts are paid and how deals are structured will have a huge impact on the future of sports, media and technology.

As the talks continued, the dynamics of the rights race changed, people familiar with the matter said. For some time, sports and media executives have seen Apple as the front-runner. Some people involved in bidding for the rights believe Apple has reached a deal with the NFL.

The latest news is that Google is ramping up negotiations to land the hit show for YouTube TV, with a broadcast rights deal in limbo.YouTube TV is Google's streaming/cable service. Other interested bidders include Amazon and ESPN, which is owned by Disney.

Robert Kyncl, YouTube's chief business officer, played a key role in Google's bid for the rights and is close to Brian Rolapp, the NFL's chief business officer. Although Mr Kinkel will take up his new job as chief executive of Warner Music Group early next year, he has committed to completing the deal with YouTube, according to people familiar with the matter.

People familiar with the matter said,Because the NFL is trying to bundle "Sunday Ticket" with other media properties like the NFL Network and NFL RedZone,As a result, negotiations with Apple, Google and others have become protracted.

Last year, the NFL hired Goldman Sachs to help it explore selling shares in those media businesses. The NFL recognizes that NFL RedZone competes with Sunday Ticket for paying subscribers. Such a deal would require the NFL to form a joint venture with other investors, who would want a say in how the joint venture is structured.

One media industry executive who has held talks with both Apple and the NFL saidApple and the NFL are very strong, very persistent in their ideas,This is another reason for the deadlock in the negotiations.

The NFL, Apple, Amazon and ESPN all declined to comment. Google has yet to respond.

The NFL's current asking price for "Sunday ticket" rights is more than $2.5 billion a year, up $1 billion a year. The current deal expires at the end of this season. The NFL wants to sell the rights to a long-term partner. Last year, the NFL signed an 11-year package of broadcast rights for Thursday, Sunday and Monday games.

The total number of deals the NFL is looking for could top $10 billion, but the current slowdown in economic growth could pose challenges. After years of burning through cash, tech and media companies are under pressure from Wall Street and investors to find ways to reduce costs and increase efficiency.

The economic downturn has led some Wall Street analysts to bet against Amazon's $1 billion-a-year deal for the rights to "Thursday Night Football." Tom Forte, an analyst at D.A. Davidson, an investment bank, doubted that Amazon would be able to cover the cost with additional Prime membership or advertising revenue from the rights. He noted that Amazon, which is struggling to monetise its rights, is unlikely to make a serious bid for the "Sunday game" rights.

"It would be shocking if [Amazon] invested heavily in NFL games, given the general retrenchment of tech companies and the challenges Amazon faces in monetising their Copyrights," he said.

There are similar doubts about the viability of ESPN's bid. Rich Greenfield, an analyst at LightShed Partners, said that Disney, which owns 80 percent of ESPN, is likely to demand lower costs after Robert Iger returns as chief executive, Or even sell it. Speaking at a conference hosted by Vox Media in September, Mr Iger said he was "bearish" on some traditional media businesses.

Google is also under pressure to cut costs and streamline its team. In October, Google executives pledged to halve hiring and cut expenses in the wake of slowing AD sales at YouTube and its search engine business. There were also reports this week that Google's parent company is planning to cut tens of thousands of jobs. However, according to people familiar with the matter, Mr Kinkel said the bid for the Sunday ticket rights would not be subject to the austerity cuts. He thinks the investment is worth it and will contribute a lot to YouTube TV's paying subscriber growth, as DirecTV has said the "Sunday Ticket" partnership now brings in about 2 million paying subscribers.

Apple's business has been normal for most of the year, but supply chain problems have affected production and could lead to lower sales during the holiday season. Still, Tim Cook, Apple's chief executive, has said he likes investments made during downturns, and the 10-year deal with the NFL is consistent with that philosophy.

Three people familiar with the matter saidWhen the NFL wooed Apple for Sunday tickets earlier this year, there was another consideration: relationship expansion.The NFL and Apple had yet to strike any major business deals. That sense of urgency also declined after the NFL struck a deal with Apple this fall to sponsor the Super Bowl halftime show.

Related news
How i got my husband back after breakup
@!!FROM 18-70YEARS/Call king@+27715451704 HOW TO JOIN ILLUMI
{{^$SURE DEAL 100%$}+27670236199 HOW TO JOIN ILLUMINATI??
@{GET HAPPINESS NOW+27788523569} HOW TO JOIN ILLUMINATI SOCI
How to stop a divorce
+2349031459947 # HOW TO JOIN OCCULT WITHOUT HUMAN SACRIFICE
HOW TO JOIN ILLUMINATI +27717917137whatsapp
The most selling game can no longer be named by FIFA, EA Sports does not put football content
#%2348026461693 I WANT HOW TO JOIN SECRET OCCULT FOR MONEY
Hot news this week
Sources say Penguin Random House's deal to buy Simon & Schuster has fallen through
Any chance of taking over the agency? Sources say Tencent has been in contact with Blizzard for at least a year
Blizzard's founder responded to NetEase's contract renewal: Cooperation is a two-way street, and we will do our best to make Blizzard games accessible to Chinese players
Ali suddenly released a new chip, the domestic chip breakthrough, abandoned the American chip fantasy
Better than Huawei or Apple? It is revealed that Samsung S23 uses satellite communication: can also space voice
Players recognized as the best of the year! The Old Man Ring won four awards at the 2022 Pension Rocker Awards
Chaozhou accident relatives do not recognize the third party identification! Why doesn't Tesla Provide Driving Data?
Today is the 18th anniversary of Blizzard's World of Warcraft: unfortunately, the national service will be discontinued in January
According to sources, TSMC replaced Samsung to win a large order of Tesla's assist driving FSD chip, based on the 4/5nm process
Jinshanyun reported revenue of 1.97 billion yuan in the third quarter, down 18.4 percent year on year
The most popular news this week
For the first time, China surpassed the United States and was recognized as the world's largest in the number of valid patents
SoftBank has developed technology to use drones to detect mobile phone signals from people buried in disasters
Tencent Holdings: Purchased 1.29 million shares today at a cost of HK $351 million
Saudi player dispels rumours of winning after being awarded Rolls-Royce Phantom: No matter
The super flagship endorsed by Wu Jing hits the shelves: almost all the front screens will be released next week
Huawei Watch Buds: two-in-one design of watch earbuds
No wonder people still don't buy TV when the price is down
Qualcomm developed PC processor behind: ARM toothpaste kiss son architecture is not good
Flavor is "technology and hard work"? Don't worry about it!
Tesla's new car will be returned after being bought three times in three days