In the era of fuel cars, Chinese car brands have mostly followed the development of overseas car companies, and many Chinese people have prejudice against domestic cars. With the advent of electrification, however, this situation is being reversed. Chinese electric vehicles are not only popular among domestic consumers, but also breaking new ground in overseas markets.

In this regard, some foreign media articles lamented that Chinese electric cars have won over European customers with high quality and low price. 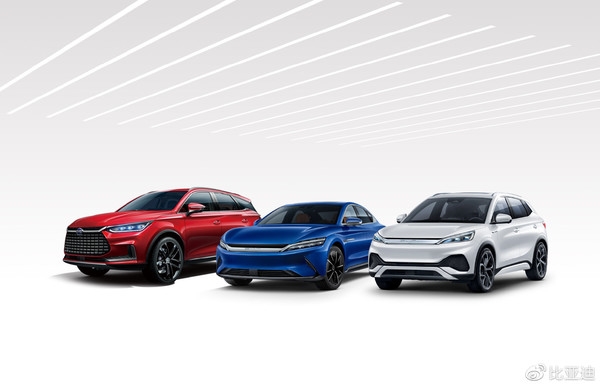 According to CNMO,Chinese electric car makers have won over European drivers and large corporate customers with more affordable vehicles, according to recent foreign media articles.

The article stressed that the advantage of these cars is not only the price, but also that they have the highest safety rating and many high-tech features. 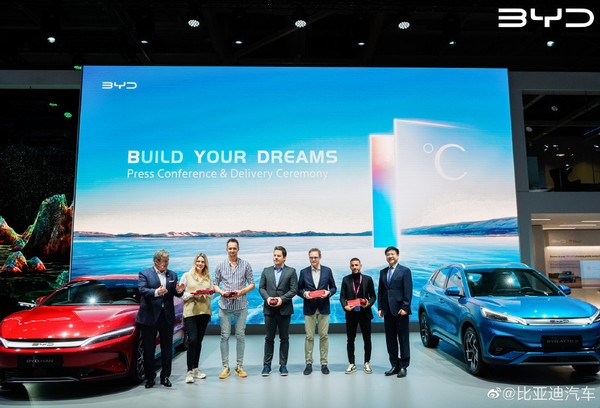 Foreign media also say Chinese electric car makers are already ahead of most foreign competitors. German car-rental company Sixter, for example, said in October it would buy about 100,000 electric vehicles from BYD.

For its part, French consultancy Enovue expects electric vehicles to account for 40 per cent of new car sales in Europe by 2030, while Chinese brands will account for 12.5 per cent to 20 per cent of the European EV market, with sales of between 725,000 and 1.16 million units.

'The only place in the world today where you can find an affordable electric car is in China,' says John Lowe, head of Shanghai-based Mauto Business Consulting.

Related news
Premium Quality Actavis Promethazine Purple Cough Syrup Wi
The English name of Chinese liquor has been changed: Chinese Baijiu has been officially launched
Google launches app quality to help developers build higher quality Android Applications
$64.99: Microsoft launches new Xbox wireless handle with electric volt color matching
BUY SUPER HIGH QUALITY FAKE MONEY,CLONE CREDIT CARD ONLINE.
Tesla's Chinese Rivals See Record Monthly Delivery on Further Recovery from Covid
Chinese electric cars are winning over European customers with high quality and low prices
Byd won 100,000 orders after! Foreigners sigh: China's electric cars are much stronger than before
Hot news this week
Sources say Penguin Random House's deal to buy Simon & Schuster has fallen through
Any chance of taking over the agency? Sources say Tencent has been in contact with Blizzard for at least a year
Blizzard's founder responded to NetEase's contract renewal: Cooperation is a two-way street, and we will do our best to make Blizzard games accessible to Chinese players
Ali suddenly released a new chip, the domestic chip breakthrough, abandoned the American chip fantasy
Better than Huawei or Apple? It is revealed that Samsung S23 uses satellite communication: can also space voice
Players recognized as the best of the year! The Old Man Ring won four awards at the 2022 Pension Rocker Awards
Chaozhou accident relatives do not recognize the third party identification! Why doesn't Tesla Provide Driving Data?
Today is the 18th anniversary of Blizzard's World of Warcraft: unfortunately, the national service will be discontinued in January
According to sources, TSMC replaced Samsung to win a large order of Tesla's assist driving FSD chip, based on the 4/5nm process
Jinshanyun reported revenue of 1.97 billion yuan in the third quarter, down 18.4 percent year on year
The most popular news this week
For the first time, China surpassed the United States and was recognized as the world's largest in the number of valid patents
SoftBank has developed technology to use drones to detect mobile phone signals from people buried in disasters
Tencent Holdings: Purchased 1.29 million shares today at a cost of HK $351 million
Saudi player dispels rumours of winning after being awarded Rolls-Royce Phantom: No matter
The super flagship endorsed by Wu Jing hits the shelves: almost all the front screens will be released next week
Huawei Watch Buds: two-in-one design of watch earbuds
No wonder people still don't buy TV when the price is down
Qualcomm developed PC processor behind: ARM toothpaste kiss son architecture is not good
Flavor is "technology and hard work"? Don't worry about it!
Tesla's new car will be returned after being bought three times in three days