Byd won 100,000 orders after! Foreigners sigh: China's electric cars are much stronger than before

In the era of fuel cars, large-displacement engines, AT transmission and other cutting-edge technologies, objectively speaking, there are some gaps in domestic cars. However, in the era of new energy vehicles, domestic vehicles with the world's largest new energy production and marketing market and complete battery and vehicle manufacturing chains have begun to lead the development of the global new energy market.

And now that domestic cars are starting to export new-energy models, Chinese electric cars will still be able to do so, even in the strong European market. Capture the city and territory. .

On November 25, it was reported thatChinese electric car makers have already won over European drivers and large corporate customers with more affordable vehicles,The cars have top safety ratings and many high-tech features.

In the past few months, several Chinese electric vehicles have received five-star ratings from E-NCAP, an achievement that far exceeds local regulatory standards, the report said. It also breaks the stereotype among foreign car consumers that Chinese cars are not safe enough.

Matthew ·, director of the Sachum Research Centre in the UK; Chinese electric car makers have realized that safety plays an extremely important role in the sales process, Mr. Avery said.

“ You may also think that [electric cars] in China mean less quality or safety, forget that. Now they are of better quality than the others. ”

In addition, Chinese electric car makers are already ahead of most foreign competitors, the report said.

German car-rental company Sixter, for example, said in October it would buy about 100,000 electric vehicles from BYD.

Some German media were upset, saying that giving such a big order to a Chinese company was a slap in the face to German carmakers.

But deliveries won't be affected until local German automakers can come up with electric cars that match BYD's price and product capabilities.

Today, the only place in the world where you can find an affordable electric car is China, according to industry insiders. 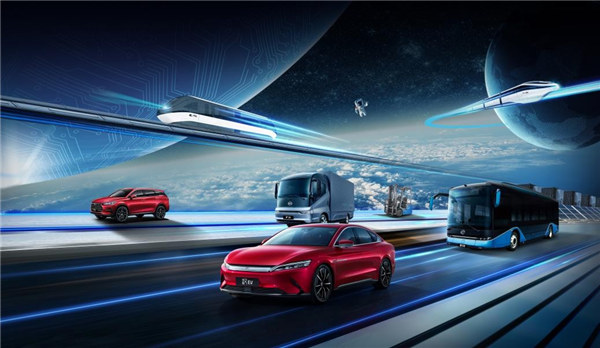 Related news
Semicon China: Huawei and Exxon bring semiconductor intelligent quality inspection and measurement solutions
$64.99: Microsoft launches new Xbox wireless handle with electric volt color matching
Glory high-tech products help team China's national team set out to show China's business card to the world
China Cracks Down on Cosmetic Medicine Advertising
China's New Energy Vehicle Sales in June Expected to Set New High over Fiscal Stimulus
Shenzhen Passes Law to Allow Autonomous Cars on City Roads
Is BYD beyond Tesla pure luck?
Tesla China First Shatters Delivery Record in Six Months amid Covid's Fading
Hot news this week
Sources say Penguin Random House's deal to buy Simon & Schuster has fallen through
Any chance of taking over the agency? Sources say Tencent has been in contact with Blizzard for at least a year
Blizzard's founder responded to NetEase's contract renewal: Cooperation is a two-way street, and we will do our best to make Blizzard games accessible to Chinese players
Ali suddenly released a new chip, the domestic chip breakthrough, abandoned the American chip fantasy
Better than Huawei or Apple? It is revealed that Samsung S23 uses satellite communication: can also space voice
Players recognized as the best of the year! The Old Man Ring won four awards at the 2022 Pension Rocker Awards
Chaozhou accident relatives do not recognize the third party identification! Why doesn't Tesla Provide Driving Data?
Today is the 18th anniversary of Blizzard's World of Warcraft: unfortunately, the national service will be discontinued in January
According to sources, TSMC replaced Samsung to win a large order of Tesla's assist driving FSD chip, based on the 4/5nm process
Jinshanyun reported revenue of 1.97 billion yuan in the third quarter, down 18.4 percent year on year
The most popular news this week
For the first time, China surpassed the United States and was recognized as the world's largest in the number of valid patents
SoftBank has developed technology to use drones to detect mobile phone signals from people buried in disasters
Tencent Holdings: Purchased 1.29 million shares today at a cost of HK $351 million
Saudi player dispels rumours of winning after being awarded Rolls-Royce Phantom: No matter
The super flagship endorsed by Wu Jing hits the shelves: almost all the front screens will be released next week
Huawei Watch Buds: two-in-one design of watch earbuds
No wonder people still don't buy TV when the price is down
Qualcomm developed PC processor behind: ARM toothpaste kiss son architecture is not good
Flavor is "technology and hard work"? Don't worry about it!
Tesla's new car will be returned after being bought three times in three days