The Long March 9 is basically confirmed: the low-orbit carrying capacity of 150 tons can carry the entire space station into space

Heavy-lift carrier rockets are needed for large-scale space activities, manned missions to the moon and deep space exploration, and the Long March 9 rocket is expected to make its maiden flight around 2030, according to the plan.

Long Lehao, 85, was the chief designer of Long March carrier rockets, CCTV News reported. He revealed thatThe overall configuration scheme of the Long March 9 has been basically determined, the prototype has been built, the first, second and third stage engines have been carried out heat tests, and it will be launched in 8-0 years.

The Long March 9 already has more lift capacity than the US Saturn V and also the US Space Launch System (SLS) Heavy rocket. Academician Long proudly said that China's rocket carrying capacity will enter the world's first echelon or even at the forefront. 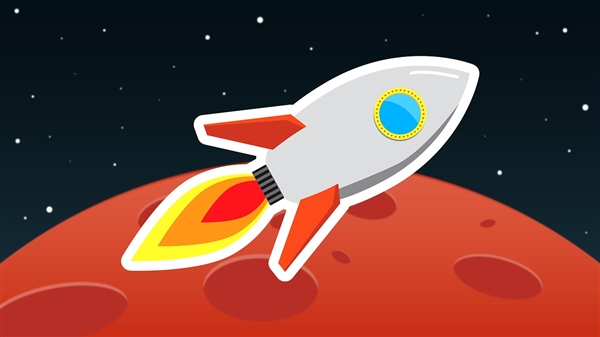 Related news
Electrical engineer Samson March decided to make his own open source smart watch
Deep net|Successful launch of the thousand-day one. How far is China's commercial space flight from Space X?
In five years, can we really wait for China's space X?
A series of new studies may explain why some people have long cowid symptoms
T-Mobile launches' Standalone Ultra Capacity 5G ': Claims up to 3Gbps, Samsung S22 first
The Long March 9 is basically confirmed: the low-orbit carrying capacity of 150 tons can carry the entire space station into space
Hot news this week
The first in the world! Intelligent screening system for visual impairment of infants and young children
World's first: Sun Yat-sen University has developed a mobile phone intelligent screening system for infants with visual impairment
Beautiful country semiconductor ushered in the winter, US high enterprises inverted, our country market doesn't buy it!
Sources said Samsung Electronics is considering cutting chip production in the first quarter or a huge loss
See you again! High-speed rail overcrowding alarm can not drive without tickets passengers get off: 12306 said compliance
Cybertruck skipped tickets again! Mass production of Tesla electric pickup truck will not wait until 2024.
Intel: 14 generations of Core in the second half of the year, and build a new architecture from zero next year.
Apple will relax measures to deal with COVID-19 's epidemic and encourage employees to go back to work
Why Tesla crazy price reduction to more than 200,000 profit is still the highest? The truth is revealed!
Here comes the most advanced 3nm processor in the world! Apple A17 exposure: iP15 performance will be greatly upgraded
The most popular news this week
Meta earnings release analysts: Snap turning profit into loss in the fourth quarter is good news for it and Google
No 5G Huawei folding screen can still sell out! 1.44 million units a year, the domestic king
256G is not enough! Bloggers bought Xiaomi phone 512G has used up more than 300G: WeChat accounted for 70G
Regret that the medicine is gone! Apple closes downgrade channels for multiple versions such as iOS on 16-15-12.
The rendered picture of Meizu experience Center is exposed: there are cars and mobile phones to build 1000 stores.
Musk, the richest man in the world, also suffered a huge loss when he bought bitcoin by Tesla, who "cut leeks".
Samsung Huawei Xiaomi OV has been iterated many times! IP16 Pro still has no latent eyes.
At least 29000 facilities were affected, and WeiUnicom announced that there were serious loopholes in QTS and QuTS hero.
Tesla has sold most of its bitcoin and lost nearly 1.4 billion yuan in 2022
The biggest drop in history!