With the NIL technology, Canon wants to provide China with a lithography machine comparable to the EUV

It is well known that lithography machines are an essential part of the current chip manufacturing process, and they account for 20-25% of the cost of all semiconductor equipment.

As shown in the figure above, this is the shipment of Dow lithography machines before 2021 according to the statistics of the organization. You can see that ASML completely monopolizes high-end EUV lithography machines, while low-end Nikon and Canon have certain shares.

So there is a very big opportunity for other manufacturers to do EUV lithography and sell it to China, which is a huge market. 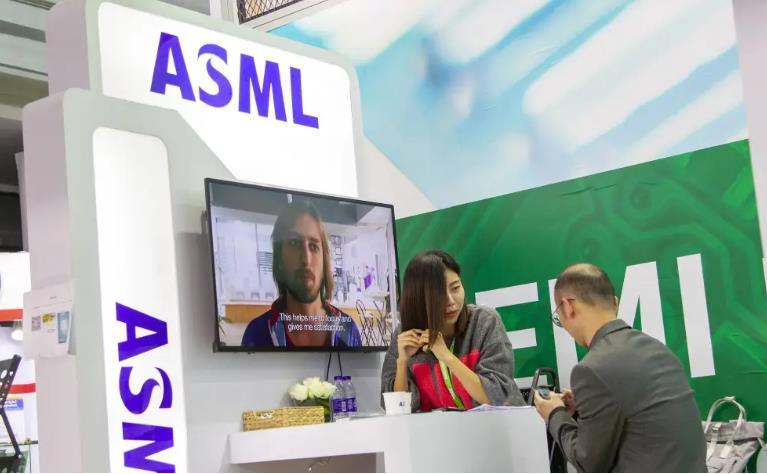 Although Nikon, Canon, Shanghai Microelectronics all have lithography machines, but to deal with EUV lithography, there is probably not much to do, ASML's ability to save is too strong, has tied the interest chain together. 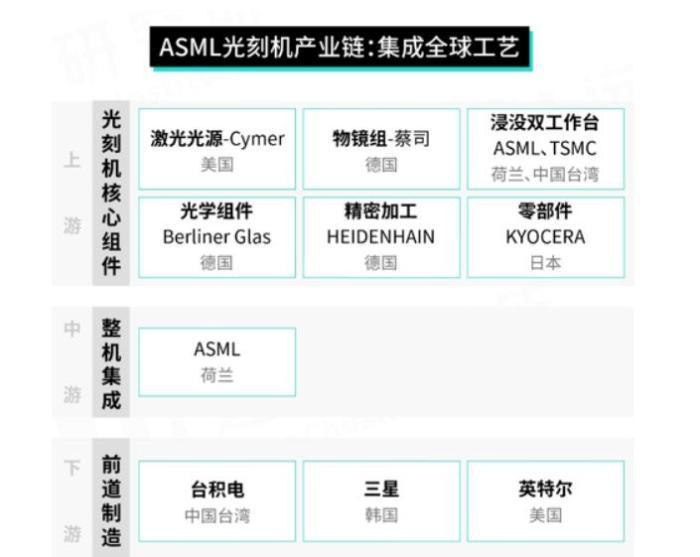 So what do we do? Canon, for example, knew it was impossible to beat ASML on EUV and had been betting on NIL.

The NIL technique, in which a three-dimensional mask is pressed onto a photosensitive material on a wafer and the light is shone at the same time for a one-time transfer, is described as one of the most promising lithography technologies.

So far, Canon has patented NIL more than any other company, and Canon's NIL lithography machine isn't just on paper, it's already in production, ready for production in 2021, and it's being used for NAND flash production by Gauntlet. 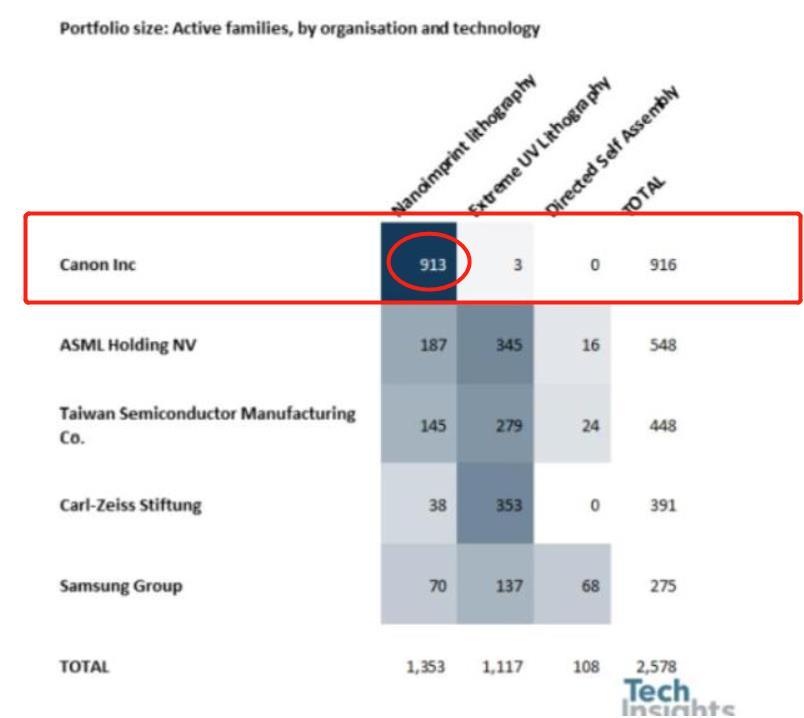 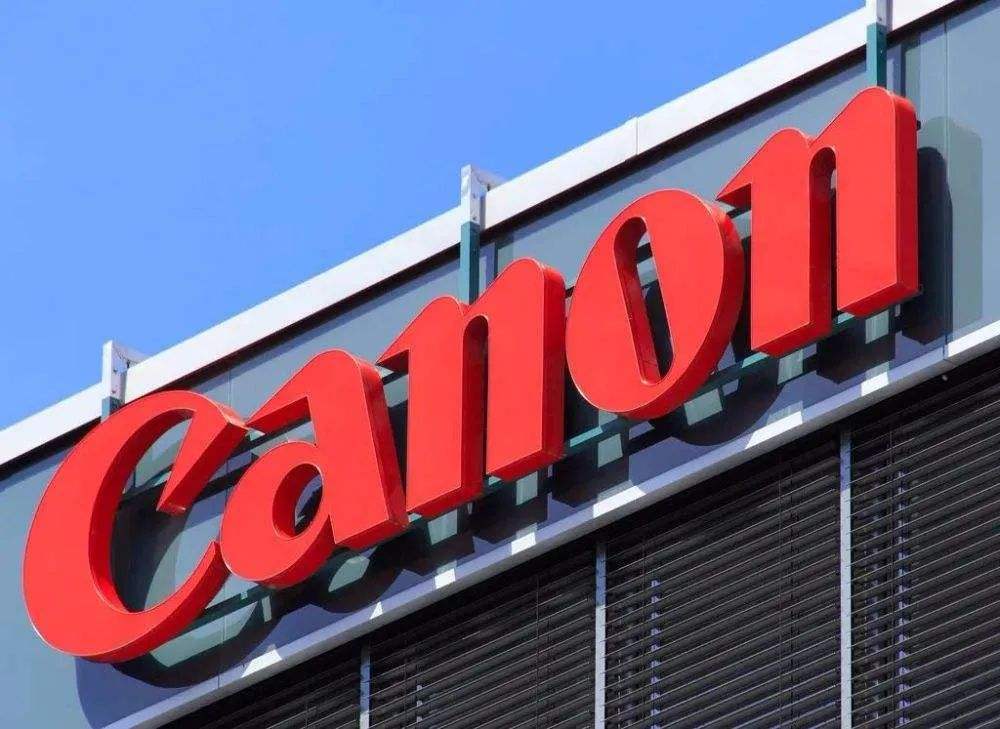 The question, of course, is when NIL, the equivalent of EUV, will hit the market. If Canon can pull it off, the global semiconductor landscape could change.

Once NIL, which is comparable to EUV, hits the market, the advanced manufacturing process, which is based on the will of the United States and centered on ASML, may not listen to the United States anymore, but will flourish. The world may be looking forward to Canon's big move, especially China.

Related news
How many EUV lithography machines does Samsung need every year?
After Samsung, SK Hynix will also use EUV lithography machine in memory
Since Samsung SK Hynix has also used EUV lithography machines on memory lines
After Samsung, SK Hynix will also use EUV lithography machine in memory: 1 billion
Huawei Chinese Academy of Sciences key EUV lithography machine? ASML Chinese Engineer: Arabian Nights
ASML China President: Export of EUV lithography machines in China pending approval from the Dutch government
Without EUV, China's first photon chip production line will be completed next year: 1,000-fold performance improvement
The Chinese company published a patent for EUV lithography machine with limited impact on ASML, similar to the graphene patent
About EUV lithography technology Huawei announced a new patent
With the NIL technology, Canon wants to provide China with a lithography machine comparable to the EUV
Hot news this week
The first in the world! Intelligent screening system for visual impairment of infants and young children
World's first: Sun Yat-sen University has developed a mobile phone intelligent screening system for infants with visual impairment
Beautiful country semiconductor ushered in the winter, US high enterprises inverted, our country market doesn't buy it!
Sources said Samsung Electronics is considering cutting chip production in the first quarter or a huge loss
See you again! High-speed rail overcrowding alarm can not drive without tickets passengers get off: 12306 said compliance
Cybertruck skipped tickets again! Mass production of Tesla electric pickup truck will not wait until 2024.
Intel: 14 generations of Core in the second half of the year, and build a new architecture from zero next year.
Apple will relax measures to deal with COVID-19 's epidemic and encourage employees to go back to work
Why Tesla crazy price reduction to more than 200,000 profit is still the highest? The truth is revealed!
Here comes the most advanced 3nm processor in the world! Apple A17 exposure: iP15 performance will be greatly upgraded
The most popular news this week
Meta earnings release analysts: Snap turning profit into loss in the fourth quarter is good news for it and Google
No 5G Huawei folding screen can still sell out! 1.44 million units a year, the domestic king
256G is not enough! Bloggers bought Xiaomi phone 512G has used up more than 300G: WeChat accounted for 70G
Regret that the medicine is gone! Apple closes downgrade channels for multiple versions such as iOS on 16-15-12.
The rendered picture of Meizu experience Center is exposed: there are cars and mobile phones to build 1000 stores.
Musk, the richest man in the world, also suffered a huge loss when he bought bitcoin by Tesla, who "cut leeks".
Samsung Huawei Xiaomi OV has been iterated many times! IP16 Pro still has no latent eyes.
At least 29000 facilities were affected, and WeiUnicom announced that there were serious loopholes in QTS and QuTS hero.
Tesla has sold most of its bitcoin and lost nearly 1.4 billion yuan in 2022
The biggest drop in history!