With the arrival of the midnight of the 24th, the Chinese service of World of Warcraft, which entered the domestic market in 2005, was shut down. The veteran players who started playing the game since the public test of level 45 have been holding on for 18 years. At this point, everything went to zero and turned into tens of hundreds of KB of electronic ashes. 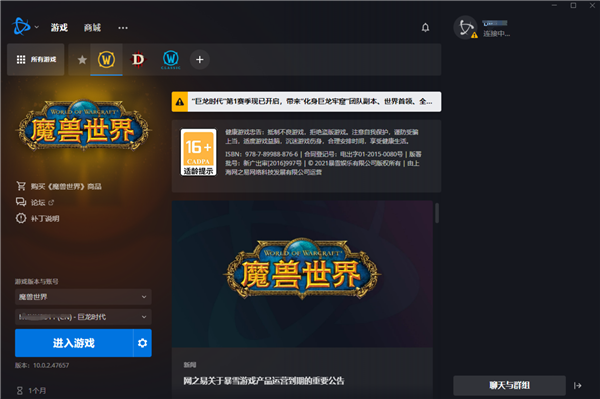 The Battle.net client has been disconnected

During those 18 years, players faced a change of agent in 2009, which, coupled with criticism of gaming at that time, led to a discussion about quitting Internet addiction, and the meme of Lightning Law King Yang Yongxin was also circulated at that time.

However, there was a change of agency in 2009, when the game was still active and players were still enjoying themselves, and without the Lich King of WLK, there was still fun to be had in the Level 70 TBC Burning Crusade profile.

NetEase at that time took over the World of Warcraft national service agency, then Blizzard, nine cities, NetEase around the proxy also have some dirty things, nine cities is betrayed that one, NetEase is the winner, but 14 years later NetEase may not have thought that he was also Blizzard back thorn a wave.

The difference is that in 2009 both Blizzard and World of Warcraft were popular,NetEase was not able to reach the height of Blizzard, Warcraft agent for NetEase is very important.

At this moment in 2023, Blizzard is no longer that will produce fine Blizzard, the popularity of World of Warcraft did not have the scenery before, the beauty is late, the hero is old, and NetEase has become a giant game, even mobile games can give Blizzard as a master, the status of the two sides has been completely different.

At the end of the day, the dealership issue between the manufacturers is a conflict of interests. The most important victims this time are Chinese game players, not only World of Warcraft, but also other games such as Diablo, Watchwatch, Hearthstone, and the entire Blizzard series.

Blizzard is definitely not giving up on the Chinese market,The only question is if and when they will find a new agent, when will Warcraft come back online, and what kind of torture will they go through?

Blizzard may not be able to answer any of these questions, and they don't have the same appeal today.

For Warcraft players, there is some comfort in the conclusion of an open letter published by NetEase on Tuesday, which is also the voice of a casual veteran player who has been playing the game on and off for 18 years.

"These beautiful memories will not die because we stop taking them. Like gems, they will shine in our future ordinary life. And that's why we sincerely hope,This suspension is not the end of the national service player, but just a helpless pause.

We always believe that those who meet can always meet again. We look forward to the day when all Blizzard players return to the Chinese server. " 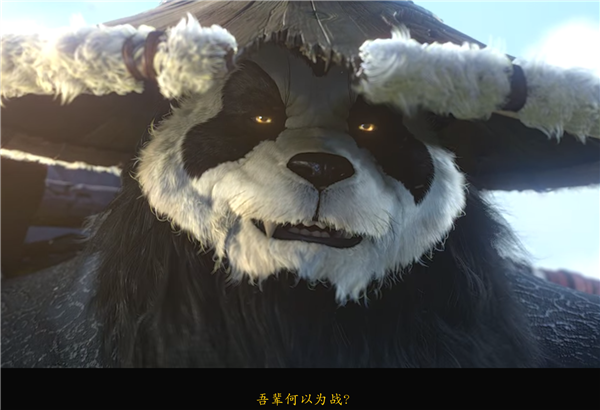 Related news
World View developed high air ball and floated for 16 days
Nintendo Newbie Tour "Dr. Mario World" on the US App Store
@!!FROM 18-70YEARS/Call king@+27715451704 HOW TO JOIN ILLUMI
Are you looking for real spell caster to bring back your ex
Cheers! NVIDIA RTX space appears in bilibilibili world 2021
Wikipedia's first entry, "Hello,World! Will be auctioned as NFT digital art
Buy Online Yamazaki 50 years old whisky From (collectablewhi
Hot news this week
The first in the world! Intelligent screening system for visual impairment of infants and young children
World's first: Sun Yat-sen University has developed a mobile phone intelligent screening system for infants with visual impairment
Beautiful country semiconductor ushered in the winter, US high enterprises inverted, our country market doesn't buy it!
Sources said Samsung Electronics is considering cutting chip production in the first quarter or a huge loss
See you again! High-speed rail overcrowding alarm can not drive without tickets passengers get off: 12306 said compliance
Cybertruck skipped tickets again! Mass production of Tesla electric pickup truck will not wait until 2024.
Intel: 14 generations of Core in the second half of the year, and build a new architecture from zero next year.
Apple will relax measures to deal with COVID-19 's epidemic and encourage employees to go back to work
Why Tesla crazy price reduction to more than 200,000 profit is still the highest? The truth is revealed!
Here comes the most advanced 3nm processor in the world! Apple A17 exposure: iP15 performance will be greatly upgraded
The most popular news this week
Meta earnings release analysts: Snap turning profit into loss in the fourth quarter is good news for it and Google
No 5G Huawei folding screen can still sell out! 1.44 million units a year, the domestic king
256G is not enough! Bloggers bought Xiaomi phone 512G has used up more than 300G: WeChat accounted for 70G
Regret that the medicine is gone! Apple closes downgrade channels for multiple versions such as iOS on 16-15-12.
The rendered picture of Meizu experience Center is exposed: there are cars and mobile phones to build 1000 stores.
Musk, the richest man in the world, also suffered a huge loss when he bought bitcoin by Tesla, who "cut leeks".
Samsung Huawei Xiaomi OV has been iterated many times! IP16 Pro still has no latent eyes.
At least 29000 facilities were affected, and WeiUnicom announced that there were serious loopholes in QTS and QuTS hero.
Tesla has sold most of its bitcoin and lost nearly 1.4 billion yuan in 2022
The biggest drop in history!