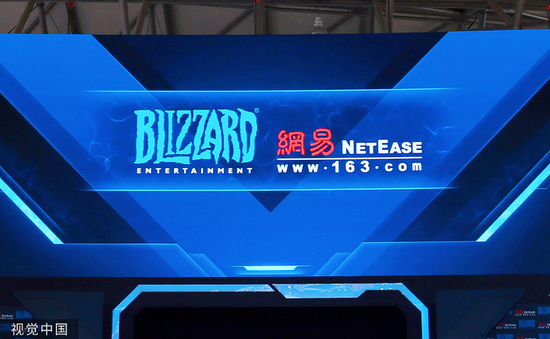 After the suspension of Blizzard service in China, NetEase (09999.HK, Nasdaq:NTES) announced that it will support player refunds in the form of cash.

NetEase said it will launch an "all-cash, all-platform" refund scheme for refundable products in Blizzard's game products at the highest unit price on the Battle.net price ladder, and support refund applications across all platforms, including Battle.net, iOS and Android.

According to the refund instructions, NetEase is open to refund applications for the virtual currency that players have recharged but not consumed in the game or the game service that has not expired; It also announced a cash settlement standard for refundable items such as Battle.net points, World of Warcraft, Hearthstone, Overwatch, Diablo III, and Heroes of the Storm.

It's worth noting that all refundable items are settled at the top of the Battle.net price ladder. Take World of Warcraft as an example. According to the previous pricing, the average daily playing time price of the half-year card (360 yuan) and the monthly card (75 yuan) has a certain difference, which is 2 yuan/day and 2.5 yuan/day respectively. NetEase will pay the highest standard of 2.5 yuan per day for the remaining playing time of World of Warcraft that meets the refund standard. Meanwhile, the website will also support refund applications across all platforms, including Battle.net, iOS and Android.

Game industry insiders told reporters from Thepaper.cn that, generally speaking, when China Service agency games terminate their operation services, they will replace the virtual currencies and game services that have not been consumed in players' accounts with the virtual currencies or game services of other games under the company by means of "compensation packages" and "compensation activities". Therefore, NetEase's refund conditions are quite strong.

In addition, for the players concerned about the refund details, the Internet is also a special explanation. Including: The final refund amount will be based on the actual amount of refundable goods remaining in the player's account after the shutdown, and will not exceed the historical accumulated payment amount of refundable goods in the account; Players can apply for refundable items in the bundle; Virtual currency or game services obtained through free means such as gifts and rewards, and time badges purchased with coins in the game are not eligible for refund.

On the afternoon of January 23, NetEase issued a farewell letter saying that at 00:00 on January 24, 2023, all operations of World of Warcraft, Hearthstone, Overwatch, Diablo III, Warcraft III: Remake, Heroes of the Storm, and StarCraft series products acting as agents of NetEase will be officially terminated in the Chinese mainland market. At that time, Blizzard will shut down the Battle.net login and all game servers, as well as client downloads.

"It's hard to say goodbye after 14 years. We have always known that for every player, including ourselves, all the characters, accounts, equipment and friends list are not just a string of codes, but our youth, our blood, and our good life. So, we will not forget our commitment to our players, and we will still do our best to serve Blizzard China players until the last minute, and we will walk the last mile together." "These beautiful memories will not fade away when we stop taking them. They will shine like gems in our future ordinary life," NetEase said. That's why we sincerely hope that this suspension is not the end of the road for Chinese players, but just a forced pause."

Related news
E-commerce is difficult to create Netease
Warcraft and other 7 Blizzard games off service NetEase announced refund instructions
NetEase: Blizzard products support all-cash all-platform refund, the application channel will be open on February 1
Blizzard game national service officially stopped service NetEase issued a refund announcement
Hot news this week
The first in the world! Intelligent screening system for visual impairment of infants and young children
World's first: Sun Yat-sen University has developed a mobile phone intelligent screening system for infants with visual impairment
Beautiful country semiconductor ushered in the winter, US high enterprises inverted, our country market doesn't buy it!
Sources said Samsung Electronics is considering cutting chip production in the first quarter or a huge loss
See you again! High-speed rail overcrowding alarm can not drive without tickets passengers get off: 12306 said compliance
Cybertruck skipped tickets again! Mass production of Tesla electric pickup truck will not wait until 2024.
Intel: 14 generations of Core in the second half of the year, and build a new architecture from zero next year.
Apple will relax measures to deal with COVID-19 's epidemic and encourage employees to go back to work
Why Tesla crazy price reduction to more than 200,000 profit is still the highest? The truth is revealed!
Here comes the most advanced 3nm processor in the world! Apple A17 exposure: iP15 performance will be greatly upgraded
The most popular news this week
Meta earnings release analysts: Snap turning profit into loss in the fourth quarter is good news for it and Google
No 5G Huawei folding screen can still sell out! 1.44 million units a year, the domestic king
256G is not enough! Bloggers bought Xiaomi phone 512G has used up more than 300G: WeChat accounted for 70G
Regret that the medicine is gone! Apple closes downgrade channels for multiple versions such as iOS on 16-15-12.
The rendered picture of Meizu experience Center is exposed: there are cars and mobile phones to build 1000 stores.
Musk, the richest man in the world, also suffered a huge loss when he bought bitcoin by Tesla, who "cut leeks".
Samsung Huawei Xiaomi OV has been iterated many times! IP16 Pro still has no latent eyes.
At least 29000 facilities were affected, and WeiUnicom announced that there were serious loopholes in QTS and QuTS hero.
Tesla has sold most of its bitcoin and lost nearly 1.4 billion yuan in 2022
The biggest drop in history!